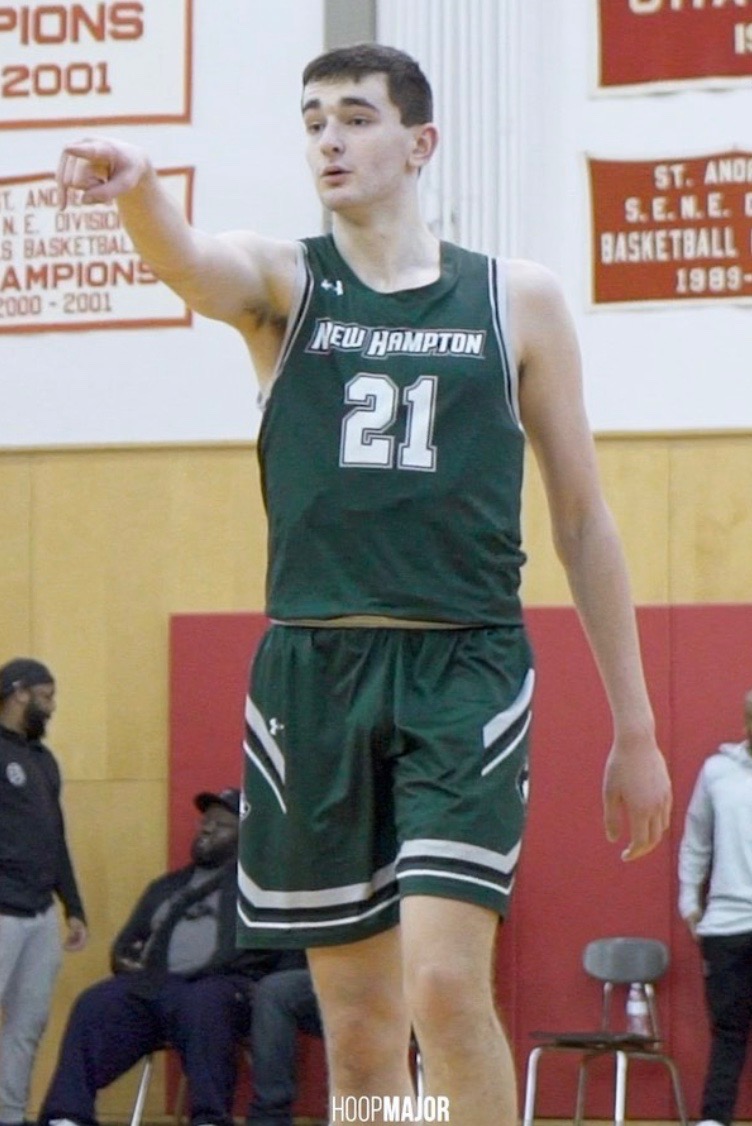 By JACOB POLACHECK The offers have started to roll in for 2022 forward Alex Karaban. His first offer came from Providence on March 23. “Providence, they’re one of the most local schools for me that competes at such a high level,” Karaban said. “Their fans are very loyal. Their coaching staff is very loyal. They know what they’re doing at all times and put their players in the best position knowing what to do and how to compete to get wins.” Karaban then received an offer from Indiana one day later. “Indiana, they’ve been showing a lot of love recently,” Karaban said. “Their fans are some of the most passionate in the country. They’re a Big Ten school that is competing and producing great players.” “They develop their players and have a good system,” he said. “They have such a rich history as well, which makes it more appealing.” Karaban’s most recent offer came from Stanford on March 27. “Of course, they’re known as a high-academic school. They’re one of the top academic schools in the country, but they also play in a pretty damn good conference, the Pac-12,” Karaban said. “They’ve been competing with the best of the best.” “They just do what’s best for their players,” he said. “They develop their players really well and they put them in a great system. That’s something I could see myself doing.” Karaban is also receiving interest from schools such as Louisville, Purdue, Wake Forest, Boston College and Georgetown. “I want to look at schools that have a good system for me, that will use me well,” Karaban said. “I want to go somewhere that I can develop well and make it to the NBA with their system. I’m also looking at what’s best for my family, what’s going to help my family out best as well.” At 6-foot-8, 190 lbs, Karaban is a threat to score from anywhere on the court. “I’m a very versatile player,” he said. “I can create multiple mismatches on the court, post up a smaller guy and stretch the floor.” “I can also take a big guy off the dribble and create for others as well,” he said. “I can use my long arms to defend well.” Normally, Karaban would be preparing for the Nike EYBL Circuit with Expressions Elite, but instead he is forced to work on his game from home. “I go to the park which is two minutes away from my house,” Karaban said. “I go out there, shoot, work on ball handling. At home, I also work on ball handling and a lot of strength and quickness work as well.” Photo: Hoopmajor_john Follow Jacob on Twitter Follow Adam Zagoria on Twitter And Like ZAGS on Facebook