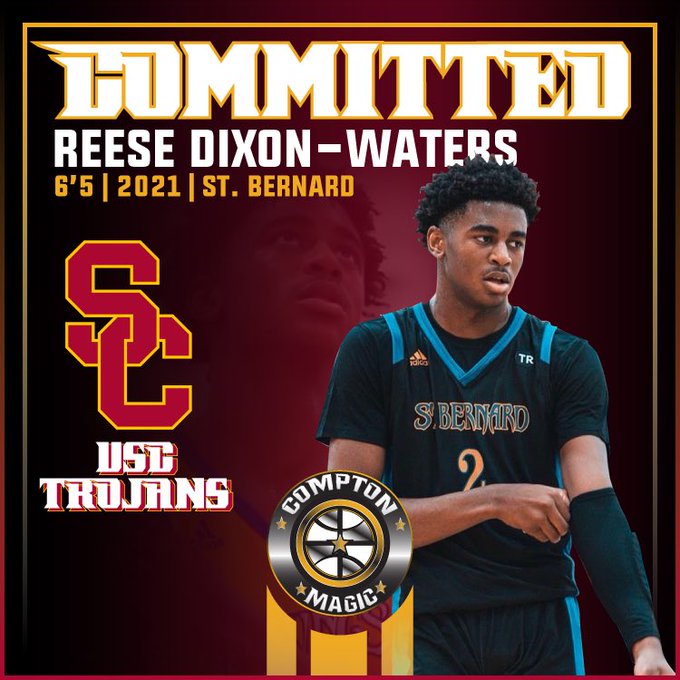 By JACOB POLACHECK Reese Dixon-Waters, the 6-foot-5 shooting guard from St. Bernard (CA) and the Compton Magic, announced his commitment to USC on Tuesday, via Twitter. “As a kid USC was my dream school,” Dixon-Waters told 247Sports Tuesday. “I always wanted to go there, it’s closer to home so my family can be at every home game, and I love the school coaches.” Dixon-Waters, who is ranked by 247Sports as the No. 9 shooting guard and No. 40 overall player in the Class of 2021, chose USC over San Diego State, Vanderbilt, California, Stanford and UCLA. “I think on the court I can bring everything on the defensive end and be a great scorer and facilitator when needed to be,” he said about his game.  He joins Harrison Hornery as the second commit in USC’s 2021 class. Follow Jacob on Twitter Follow Adam Zagoria on Twitter And Like ZAGS on Facebook