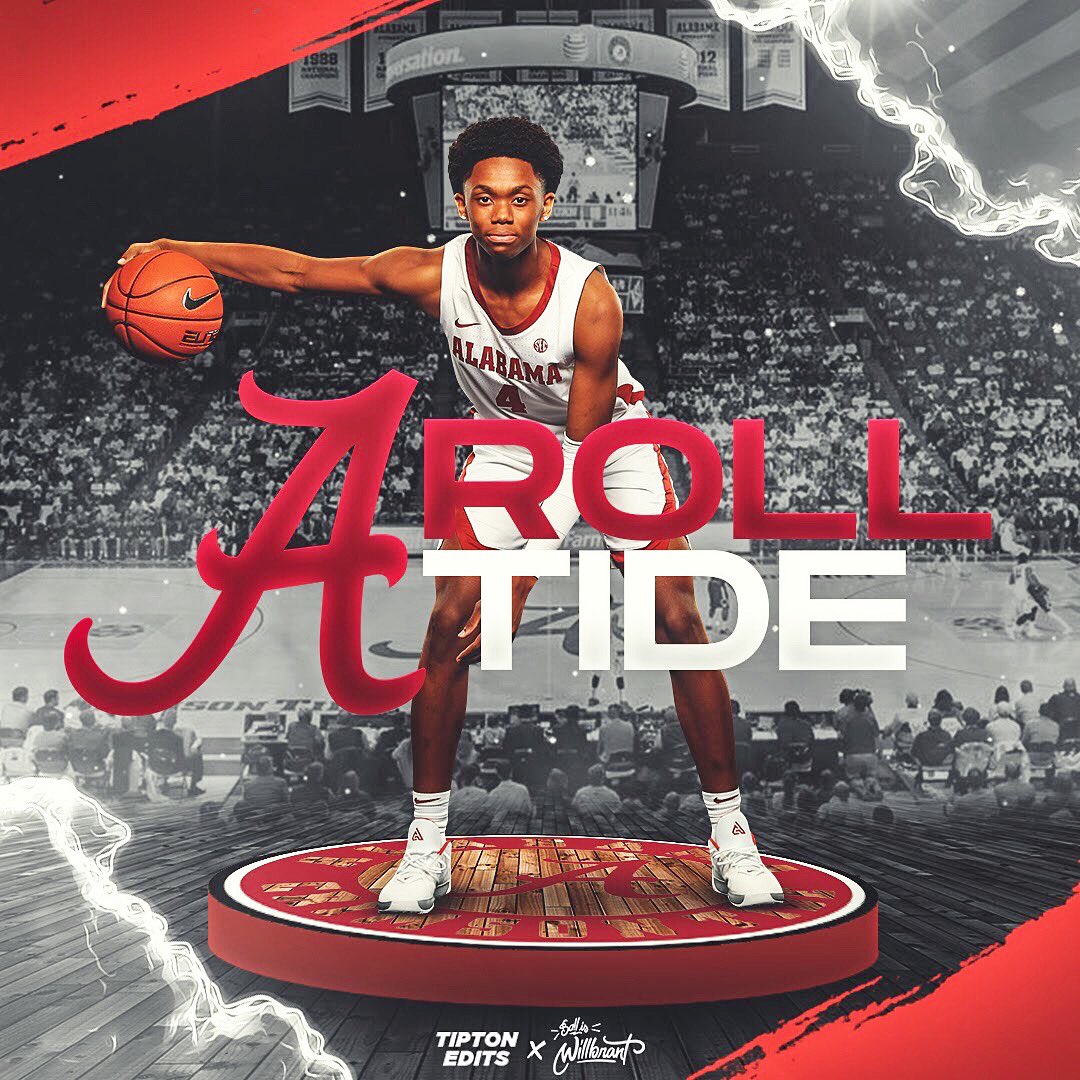 By JACOB POLACHECK Joshua Primo, the 6-foot-6 combo guard from Royal Crown (OH), announced his commitment to Alabama on Friday. “I am grateful to all of the schools that have recruited me during this process, however it is time to make a decision,” Primo told ESPN.com. “I’m excited to say that this fall, I will be attending the University of Alabama!! Roll Tide!!” Primo, who recently reclassified to the 2020 class, chose the Tide over Creighton. He’s taken official visits to both schools.

According to 247Sports, Primo is ranked as the No. 47 overall player in the Class of 2020 and the No. 8 ranked combo guard. Primo was named an all-star at the Basketball Without Borders camp in February and competed with the U19 Canadian National Team last summer. ESPN has him ranked as a mid-first-round pick in the 2021 NBA Draft. “I think what stood out to me most about Alabama was that Coach [Nate] Oats made it clear with my family and myself, that he had a vision for my college career that mirrored my own,” Primo told ESPN. “He constantly broke down film with me and showed me exactly where I would make a big impact on the team. Other than that, developing a relationship with Jahvon Quinerly and watching their fast-paced play night in and night out made a big impact. “With the events of the past couple weeks cutting short my high school basketball career, I feel that it is now time that I focus on the next chapter of my life.” This post has been updated. Follow Jacob on Twitter Follow Adam Zagoria on Twitter And Like ZAGS on Facebook