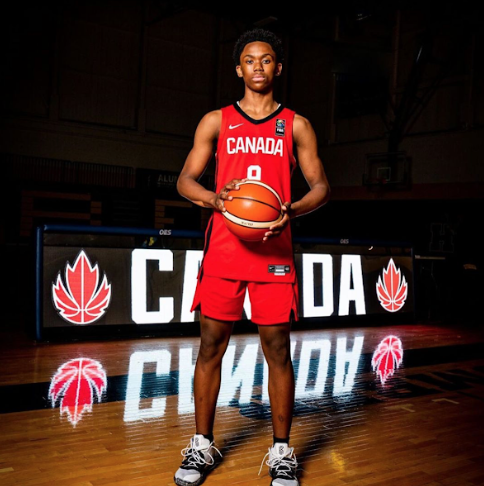 By: JAMES SZUBA Top guard out of Canada Josh Primo is reclassifying to the 2020 class, his father Michael Primo tells ZAGSBLOG. 247sports first reported the news. Primo, a 6-foot-6 guard out of Mississauga, Ontario, was previously ranked as the No. 42 recruit in the class of 2021 in 247’s rankings. After his performance at the Basketball Without Borders camp last weekend, he actually moved up to the No. 27 recruit in the 2020 class. He was named an all-star in camp. Primo is expected to make a college decision within the next two months. He’s already taken official visits to Alabama and Creighton. He’s also considering Ohio State and Oregon, on top of offers from Auburn, Cal, TCU, Utah and Virginia Tech. Primo competed with the U19 Canadian National Team last summer. With the reclassification, Primo would be eligible for the 2021 NBA Draft. (Photo via Josh.Primoo on IG) Follow James on twitter @JamesSzuba Follow Adam Zagoria on Twitter And Like ZAGS on Facebook