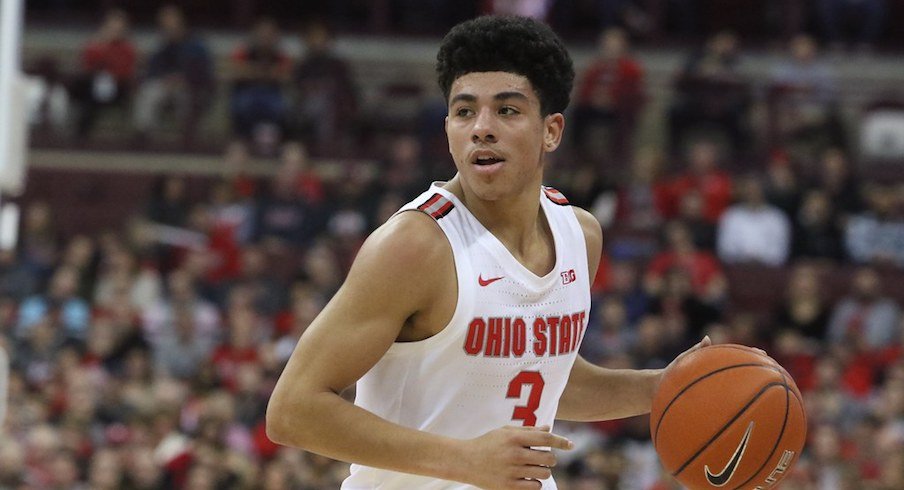 By JACOB POLACHECK Ohio State freshman D.J. Carton announced Thursday that he is leaving the program and will transfer. Carton took a leave of absence from Ohio State in late January, citing mental health as the reason. “Buckeye Nation, I first want to say thank you to all the Ohio State fans who supported me during the difficult times I went through this year,” Carton wrote on Twitter. “I also want to thank the university, my teammates, the coaches and all the staff who went above and beyond to help my family and me this year. After some careful thought and consideration, I have decided to make a fresh start and enter the transfer portal. I wish Coach [Chris] Holtmann and my teammates the best of luck next year. Please respect my decision.” Ohio State released a statement shortly before Carton’s announcement. “We 100% support D.J. in this decision and we genuinely wish him all the best moving forward,” it said. “We appreciate all he contributed to our program. We will assist him in any way we can.” Before his leave of absence, Carton averaged 10.4 points and 3.0 assists in 20 games played. Auburn, DePaul, Colorado State, Georgia Tech, Louisville, Nebraska, Ole Miss, Seton Hall, Alabama, Oregon, Creighton, Illinois and Minnesota are among the schools to reach out to Carton since he announced his intentions to transfer, per Jake Weingarten. Follow Jacob on Twitter Follow Adam Zagoria on Twitter And Like ZAGS on Facebook