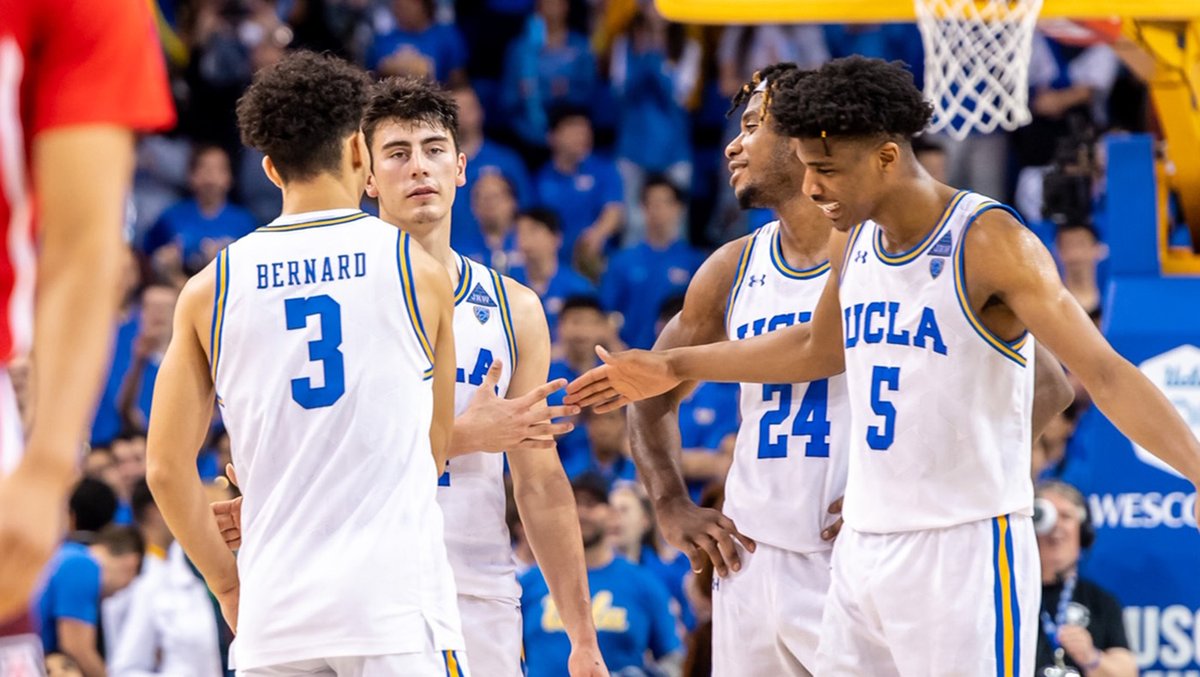 By ADAM ZAGORIA It looks like Mick Cronin is going dancing for a 10th straight season. The first-year UCLA coach has booked the Bruins into the NCAA Tournament by virtue of their seventh straight win, 69-64, over Pac-12 rival Arizona on Saturday night. UCLA is 2-0 against Arizona this season. UCLA is now in first place in the “Conference of Champions,” and ESPN’s Joe Lunardi has them as the Pac-12’s automatic qualifier and chiming in as a 12 seed. Cronin took Cincinnati to the NCAA Tournament nine straight years before taking the UCLA job after a controversial hiring process last spring. Lunardi has six Pac-12 clubs in the Big Dance, with USC among the “Last Four In.”

This game also made news when Arizona coach Sean Miller appeared to yell profanity at an official following a controversial foul call involving point guard Nico Mannion and UCLA’s Cody Riley. Miller was later ejected in the second half and Jack Murphy coached the remainder of the game for the Wildcats, a projected 6 seed as of Friday, per Lunardi.

A lot of smack talk about Sean Miller but there aren’t too many coaches who foam at the mouth fighting for their guys… pic.twitter.com/F84RiNN35c

It appeared as if Miller may have gotten himself ejected on purpose in order to fire up his team. “I’ll say this: After being a head coach for seven years, I don’t know if any technical are on purpose, but they certainly come from a good place,” Murphy told the Arizona Daily Star. “I just think tonight coach was in was in a good place when it came to what he was discussing with the official.”

Sean Miller got ejected and it was totally on purpose. pic.twitter.com/JyYXCiAKA5