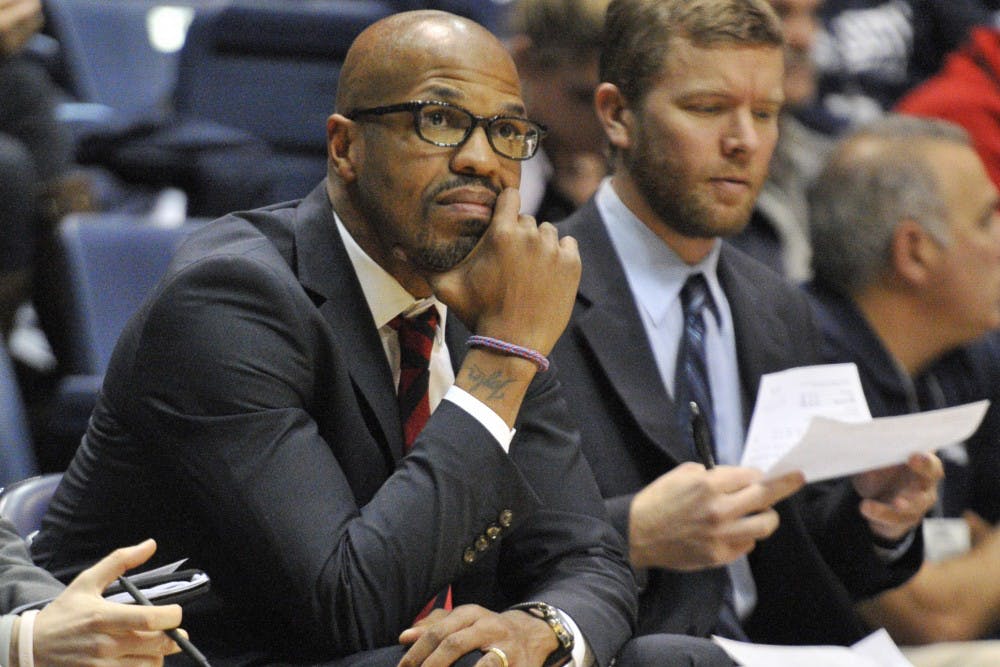 By JACOB POLACHECK Former Penn head coach Jerome Allen received a 15-year show cause on Wednesday for illegally accepting $250,000, per the NCAA. “The former University of Pennsylvania head men’s basketball coach violated NCAA ethical conduct rules when he impermissibly accepted at least $250,000 from the father of a prospect to train, recruit and place the prospect on the recruited student-athlete list,” according to an agreement released by the Division I Committee on Infractions. “The prospect’s father gave the money and other benefits to the former coach to increase the likelihood that the prospect would be admitted to the university,” according to the report. Penn and NCAA enforcement staff agreed the former coach’s actions resulted in multiple tryout and recruiting contact violations in addition to accepting the supplemental pay without reporting it as athletically related income while employed at the university. “According to the agreement, the former coach did not promote an atmosphere for compliance within the men’s basketball program due to his personal involvement in the violations. The former coach also refused to participate in an interview with the university and the enforcement staff.” The agreement said the former coach’s uncontested violations are classified as Level I-aggravated because the violations include unethical conduct that shows a reckless indifference to NCAA rules and seriously undermines college athletics. Allen did not participate in the processing of the case. The Division I Committee on Infractions reviewed the case to determine whether the resolution was in the best interests of the Association and whether the agreed-upon penalties were reasonable. Negotiated resolutions may not be appealed and do not set case precedent for other infractions cases. The penalties, approved by the Committee on Infractions, are detailed below: Allen is currently serving as an assistant coach for the Boston Celtics. Photo: Carolyn Lim Follow Jacob on Twitter Follow Adam Zagoria on Twitter And Like ZAGS on Facebook