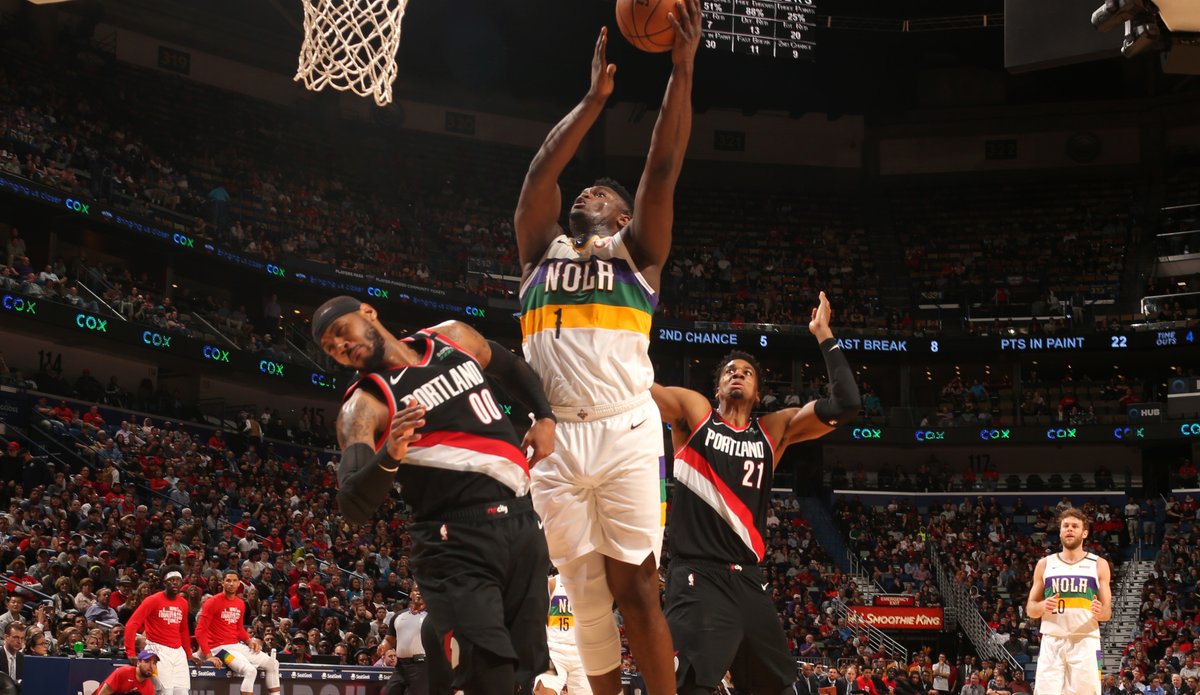 By ADAM ZAGORIA Remember when noted college basketball expert Mike Francesa said Zion Williamson wouldn’t translate well to the NBA? It’s been about a year since Francesa chimed in on Zion, saying that he couldn’t guard Tim Duncan (who retired) or Kevin Durant (who no one can guard). “If you take [Zion Williamson] first, you’re gonna wish you didn’t….,” Francesa said on air last year. “He’s not going to be a great pro. He’s got a lot of work to do before he shows me he can be a great pro.” Those were good times, huh? Zion went off for a career-high 31 points on 10-of-17 shooting, 9 rebounds and 5 assists in 28 minutes Tuesday night when the Pelicans beat the Trail Blazers. According to ESPN, Zion joined Michael Jordan in 1984-85 to have more points than minutes played in his first 10 NBA games. He’s also the first rookie since Dikembe Mutombo in 1991-92 to score at least 14 points in each of his first nine career NBA games. The last three rookies to do it before Zion are Mutombo, Jordan and Patrick Ewing, per ESPN. Williamson has the third-most points in the paint in the NBA this season. “This dude, he’s like the Patrick Mahomes of the NBA,” ESPN’s Seth Greenberg said Wednesday on “Get Up.” “He finishes at the rim, he makes plays. He’s captured our attention at a level I have not seen since I’ve been watching the NBA.”

Now let’s flash back to Francesa from a year ago for some laughs.

Francesa was back at it again today with the Zion Williamson hate. Mike has not seen Zion “take the ball to the basket” this year. I sometimes wonder if he says this stuff just to make more work for me. pic.twitter.com/mIBI10Y3eK

Francesa also said, “If you take [Zion Williamson] first, you’re gonna wish you didn’t….He’s not going to be a great pro. He’s got a lot of work to do before he shows me he can be a great pro.”

What are the chances you’ll see this clip again next year? 100% or so? pic.twitter.com/5k2jEp9w6t

Back in November 2018, Mike said Williamson needed a “higher level” to play at than Division 1. Apparently, he wasn’t ready for the “higher level” of the NBA in Francesa’s mind.

A college basketball coach who Mike Francesa “knows well” told Mike that Zion Williamson is really, really good. So now it’s official. By the way, @UKCoachCalipari is one of Mike’s best friends, and Kentucky is one of the three teams Duke has played. I should be a detective. pic.twitter.com/6RLMW1vv1W