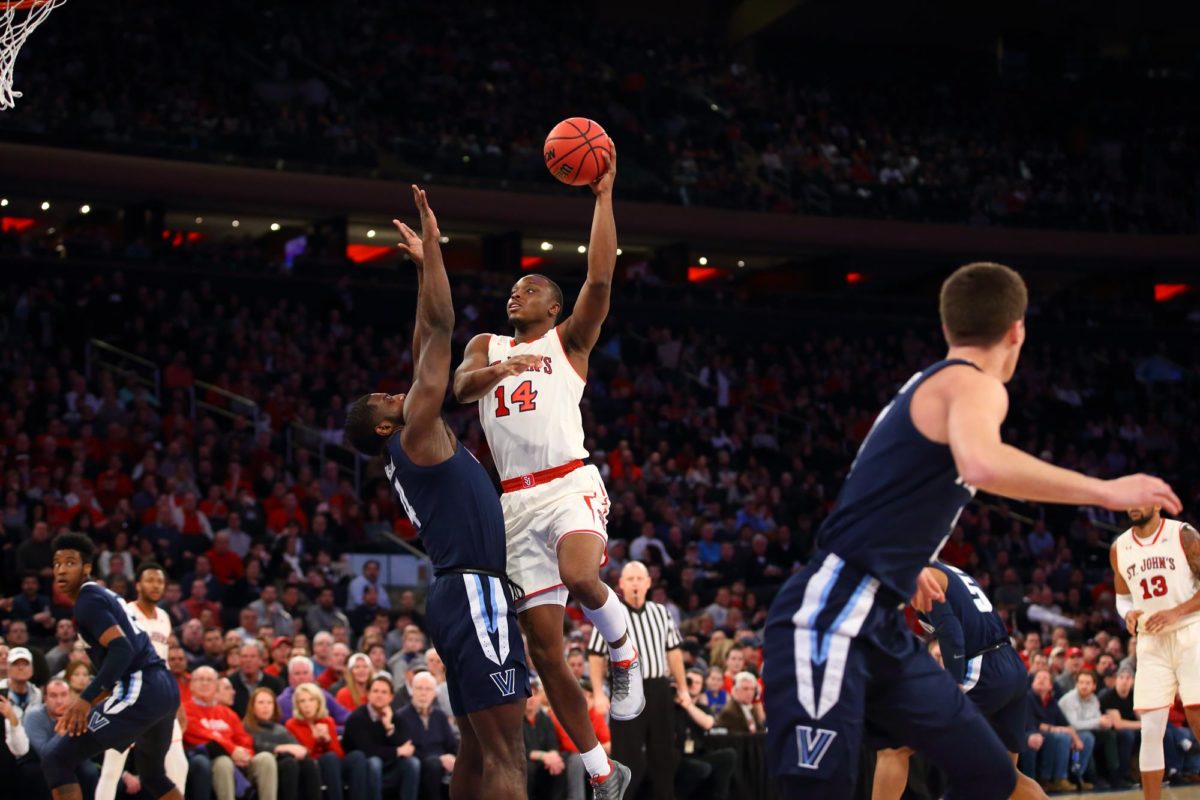 By JACOB POLACHECK and ADAM ZAGORIA St. John’s senior guard and second-leading scorer Mustapha Heron will “likely” miss the remainder of the 2019-20 season with an ankle injury, the team announced Wednesday. Heron, who transferred from Auburn two years ago to be closer to his ill mother, Thalia, in Connecticut, will see another doctor Thursday to make a final determination on his status, a source said. Heron is averaging 13.8 points per game in his second year with the program. Without Heron, St. John’s beat Providence, 80-69, Wednesday at Carnesecca Arena behind L.J. Figueroa’s 19 points. The Johnnies are now 14-11, 3-9 Big East. “I thought they responded well,” Red Storm coach Mike Anderson said. “… When he got hurt [earlier this season] guys had an opportunity to play and I thought those guys played really well. That moment came again and now they’re even more engaged and more ready to play. We had a lot of guys that stepped up for us.” This story has been updated. Photo: St. John’s Athletics Follow Jacob on Twitter Follow Adam Zagoria on Twitter And Like ZAGS on Facebook