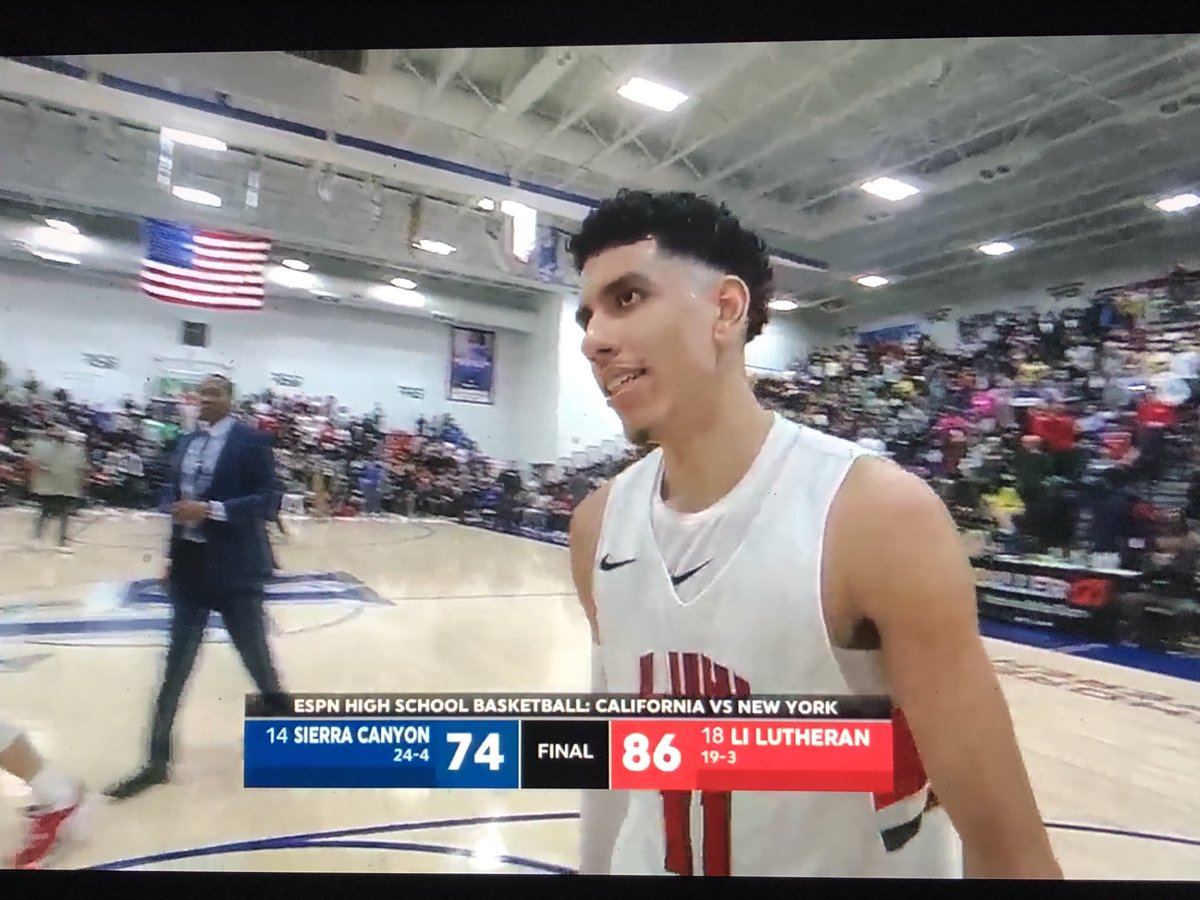 By ADAM ZAGORIA Illinois signee Andre Curbelo and Ohio State pledge Zed Key will be opponents next year in the Big Ten, but before that they are looking to accomplish big things in their final season together at Long Island Lutheran. On Saturday night, they combined for 46 points while hitting clutch free throws down the stretch as LuHi, ranked No. 18 nationally by ESPN.com, beat No. 14 Sierra Canyon, 86-74, in the Metro Classic at RWJBarnabas Health Arena. The 6-foot-7 Key went for 25 points while the 6-foot Curbelo scored 21 and controlled the tempo throughout the game. Junior guard Rafael Pinzon, who like Curbelo is from Puerto Rico, added 17 points and picked up an offer from Illinois in the process.

“Is Andre Curbelo the most talented player in this game?” asked Paul Biancardi on the ESPN3 broadcast. “Absolutely not. Was he the best player? Yes.”

Sierra Canyon has criss-crossed the country amid Bronny-mania, playing events in Phoenix, Massachusetts and now New Jersey in preparation for the California state playoffs. Meantime, LuHi (19-3) plays an independent schedule and is looking to repeat as New York State Federation champs. Next up they host Jonathan Kuminga, Adama Sanogo and the Patrick School on Thursday at LuHi. The Celtics went 2-0 at the Metro Classic, beating Huntington Prep and Wildwood Catholic. Check out our Fresh Focus Sports mini-doc on Luhi here: