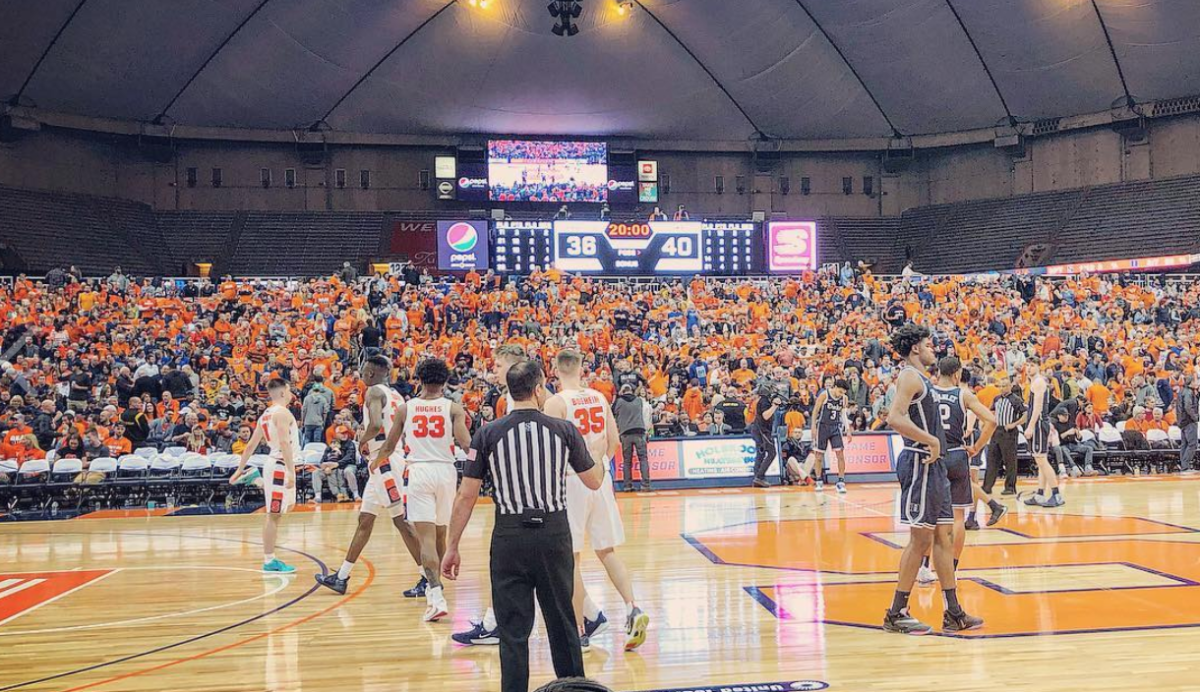 By: JAMES SZUBA After receiving nine NCAA Tournament bids in both 2017 and 2018, the ACC could have as little as three teams represented in the 2020 NCAA Tournament. Beyond Louisville, Duke and Florida State, a chasm has emerged between the top three teams and the rest of the league. Two middling ACC teams looking to make a tournament push dropped a pair of home games on Saturday, as NC State was blown out by Louisville and Syracuse was handled by Duke. ESPN Bracketologist Joe Lunardi only has four ACC teams in his latest bracket with Florida State, Duke and Louisville all at the No. 3 seed line or better and NC State as his last team in the field. Michael DeCourcy of Sporting News has five ACC teams in, with FSU, Duke and Louisville in easily while NC State and Virginia just clear as No. 11 seeds. As mentioned, the ACC received nine NCAA Tournament bids in 2017 and 2018. Last year, the league received seven bids, including the eventual national champion Virginia Cavaliers. The conference has crowned three out of the last five National Champions (Duke 2015, UNC 2017, Virginia 2019). The top three teams can compete for a Final Four berth, but if strength is in numbers, The Big Ten and The Big East would have the strongest conference representation in The Big Dance. How many teams the ACC can field will largely depend on how NC State, Syracuse and Virginia finish their seasons, barring a dark horse candidate to steal the automatic bid in the ACC Tournament (North Carolina, maybe?). Virginia earned its biggest win of the season earlier in the week by taking down FSU at home. But the Cavaliers still sit at No. 58 in the NET and are 2-2 in quadrant one games. NC State is No. 69 in the NET and just 2-4 in quadrant one games. The Wolfpack will hit the road for a three game road stand before hosting Duke and Florida State at home later this month. Syracuse looked as though it could get back into the tournament picture after winning five straight conference games, but the Orange dropped back to back games last week. A road trip to Clemson and a home game against Duke would’ve added a quadrant two and quadrant one victory to the Orange résumé. Instead, Syracuse fell to 13-9 and 6-5 in ACC play. The Orange are 4-2 on the road, but just 9-5 at the Carrier Dome. “You try to win every single game. We’re losing home games that hurt a lot. We need to get some wins against good teams,” Syracuse forward Marek Dolezaj said after Saturday’s loss to Duke. The top three teams in the ACC are near locks. How Virginia, NC State and Syracuse finish could determine how the conference is represented come March. Follow James on twitter @JamesSzuba Follow Adam Zagoria on Twitter And Like ZAGS on Facebook