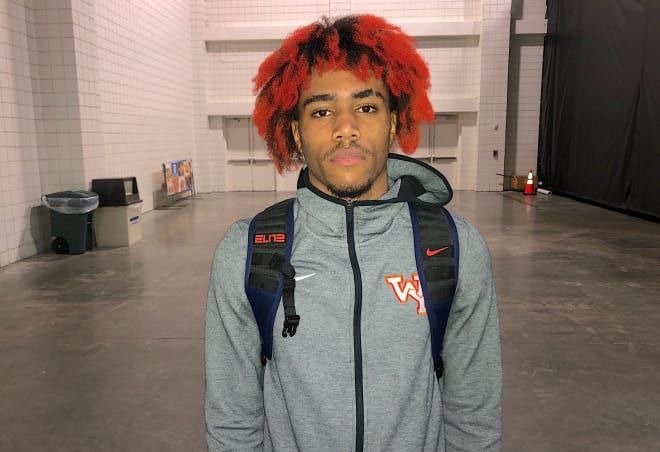 By RYAN McMULLEN Tyler Beard, the 6-foot-1 point guard from Whitney Young (IL), announced his pledge to Georgetown on Tuesday. He picked the Hoyas over DePaul, FAU, Purdue Virginia Tech, and West Virginia. Beard is the third commit for Georgetown’s 2020 class. He teams up with four-star Jamari Sibley and Dante Harris. According to 247Sports, Beard is a four-star prospect, ranked No. 194 nationally, and is the No. 5 prospect from Illinois. He recently made the ZAGSBLOG All-Hoophall team after going for 24 points on 11-of-15 shooting, 2-of-4 from 3 and 7 assists in his team’s win over Mount Vernon at the Hoophall Classic.