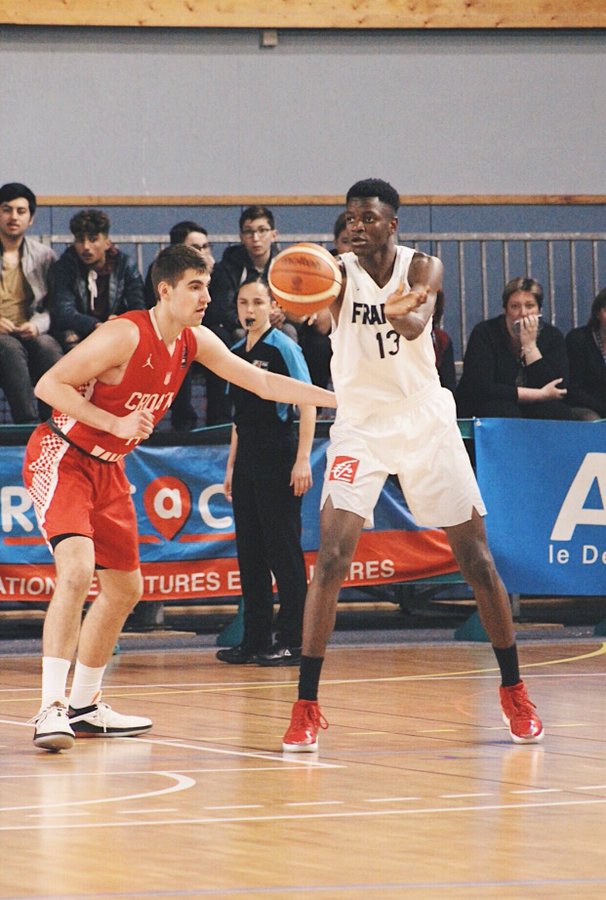 By JACOB POLACHECK Alex Tchikou, the 6-foot-11 power forward from Dream City Christian (AZ), told ZAGSBLOG Tuesday that USC, Oregon, Arizona, Arizona State, Mississippi State, Baylor and Kansas are the schools recruiting him the hardest. He broke down each school: USC: “USC has been the school that’s recruited me the most. They’ve been telling me they really like me because I’m very versatile. I feel like they’re real with me because they’ve seen me have bad games and great games. They’re still recruiting me with the same passion and energy. They like that I can play every position and do everything on the court.” Oregon: “They like the fact that I can shoot threes and block shots. I can bring the ball up, run the floor, come off the screen and set screens. With all these schools, the thing they like the most is that I’m versatile. I can do everything on the court and defend any position on the court. I can also score from all three levels.”  Arizona: “Arizona has watched me a couple times and they came to watch me a week ago. I was running the point when they watched me play. They said they like my IQ and they like how I can run plays, get my teammates involved and pass the ball. They like how I’m unselfish and how at 6-foot-11, I can play the guard position.”  Arizona State: “They like the fact that I’m versatile and can play the one through the four. They like the fact that I play with energy, play defense and can shoot from the bounce.”  Mississippi State: “They love the fact that I play defense. I play defense hard, run the floor and play with energy. That’s what they like.”  Baylor: “What I like about Baylor is that they used to have players similar to me. They’ve had players that are long, tall and can play multiple positions.” Kansas: “Kansas definitely makes me proud because when I came to the United States, I heard about all those schools like Duke, Kansas, Kentucky… The fact that they’re showing me love is really making me proud and really making me better. They’ve had a lot of pros and big names.”  Tchikou will take an official visit to Oregon on Feb. 27. This would be his first official visit, but he says he “may take another visit” before then. “I’m paying attention to the feel I have for the campus, the coaches and the players,” Tchikou said on Oregon. “I’ve already watched them play and [have paid attention] to the players they’ve had before.” When it comes time for a decision, Tchikou says the first thing he’s looking at is the coaching staff. “I’m going to decide where I’m going to college based on relationships,” Tchikou said. “I’m looking at how the coaches coach, how often the coaches are talking to me, watching me play and how often the head coach texts or calls me.” Tchikou is also keeping the fit of the team in consideration when making his decision. “The second thing I’m looking at is the fit of the team,” Tchikou said. “I care more about the fit than the name of the school because I’m 7-foot and can play any position. I want to go to a college that will allow me to do everything based on my skills and will let me play my game.” Tchikou came to the United States at the age of 16 after growing up in Paris, France. He noted the speed of the game as the biggest basketball challenge he’s had to face during the transition from France to the United States. “The game here is really fast,” Tchikou said. “In France, it’s a lot more about team basketball and how to run a play. In the US, it’s more about one-on-one and being athletic. The mentality here is totally different.” Tchikou noted the language as the biggest transition outside of basketball. “It’s been difficult to understand people and have people understand me,” Tchikou said. “It’s also been difficult to understand the culture.” According to 247Sports, Tchikou is ranked as the No. 30 player in the Class of 2021 and the No. 8 ranked power forward. Photo: Findlay Prep Follow Jacob on Twitter Follow Adam Zagoria on Twitter And Like ZAGS on Facebook