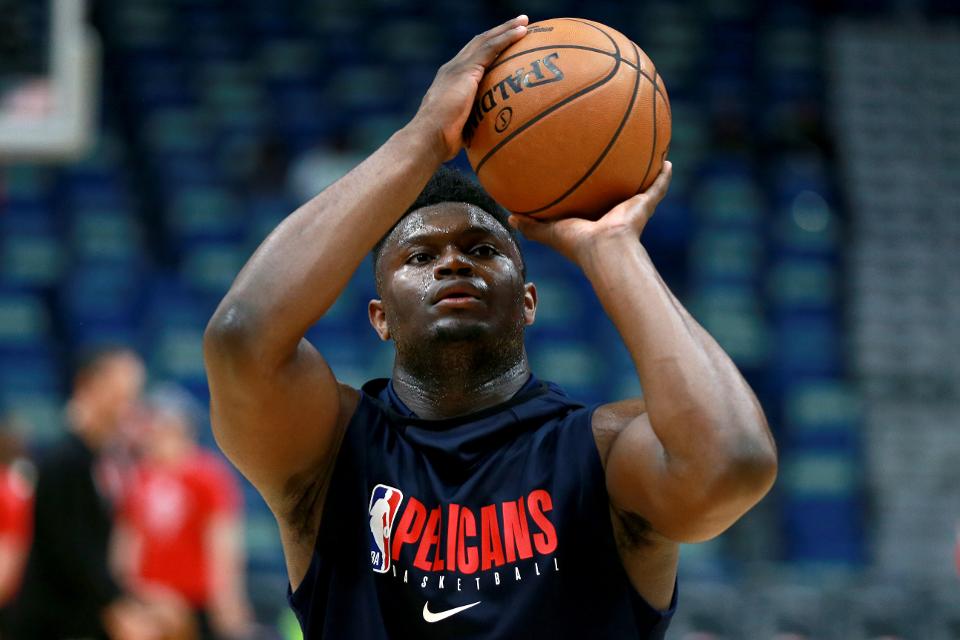 By ADAM ZAGORIA Zion Williamson‘s NBA debut is finally upon us. The 6-foot-6, 282-pound No. 1 pick out of Duke will make his NBA debut Wednesday night on ESPN when the Pelicans host the San Antonio Spurs, although head coach Alvin Gentry has said he’ll likely play limited minutes. Zion will be playing his first NBA game after suffering a torn right meniscus in October. Asked how it compared to his debut at Duke last season, he said, “This is my first NBA game. This is different, it’s business.” As for his journey thus far, the 19-year-old said his mother provided some wise words. “My mom always looked to me and said, “No one told you this was going to be easy,” Williamson told reporters Tuesday in New Orleans. “So it’s a part of the journey. I embrace and I get to play.”

Zion’s mom told him it wasn’t going to be easy.

His wait is almost over. pic.twitter.com/G5jbjqwpDM

The Pelicans are 17-27 and remain 3 1/2 games out of the eighth and final playoff spot in the West. Zion said he’s felt support from the people of New Orleans as he’s sat out and rehabbed. “It’s been great, man,” he said. “The city’s beautiful, the people are beautiful as well. They welcome me, I feel like they adopted me a bit. They show love everywhere I go and they just tell me they can ‘t wait for me to get back out there.” Prop bets on Zion’s debut are drawing a high level of interest. The latest NBA odds are also listed here from SBD.