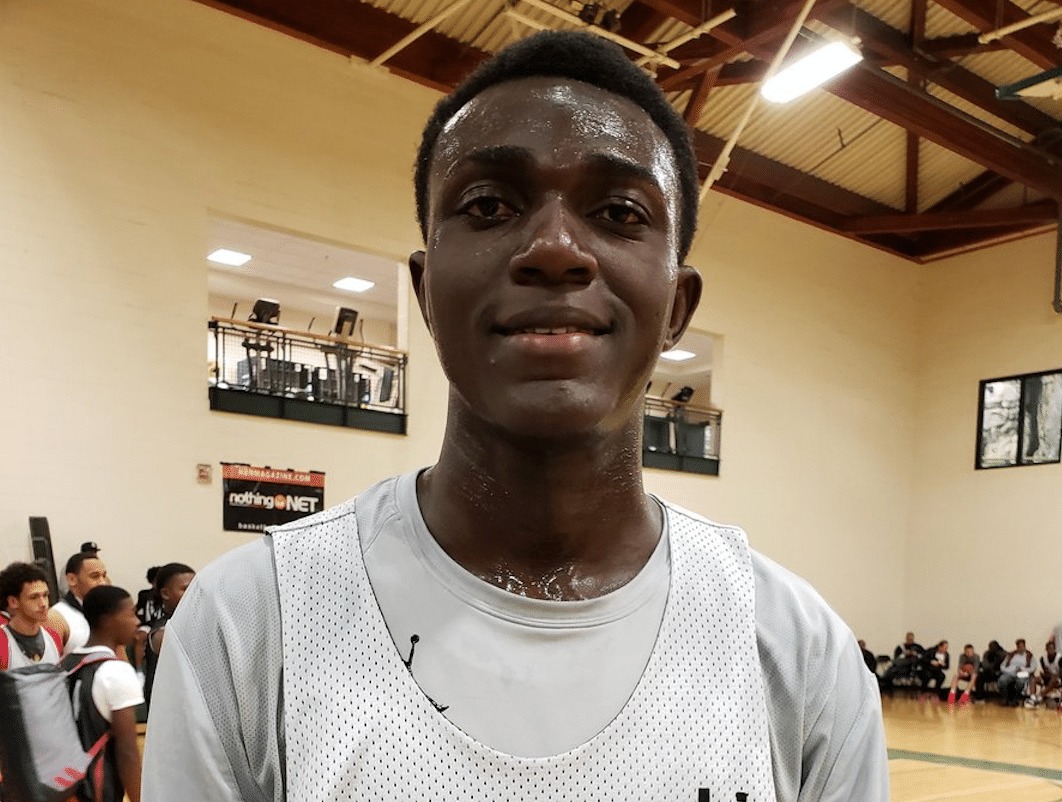 By GREG LEVINSKY SPRINGFIELD, Mass. – Abou-Halil Barre knows the blueprint for basketball success from his half-brother Mouphtaou Yarou.  After attending Montrose Christian School, Yarou  played at Villanova. He is now in his seventh professional season.  Barre, a 6-foot-8, 220 pound center was born in Benin, Africa, but lived in Paris for most of his childhood. The 16-year-old Class of 2022 prospect is the most intriguing player on the Montverde Academy Center Basketball Development roster. Yarou’s experience gave way to many lessons for Barre upon coming to America at age 13. “He taught me a lot about America,” Barre said this past weekend at the Hoophall Classic. “He said, ‘America is like a jungle, basketball is different than in Africa and France,’ so I’ve got to play hard.”   Since coming to America, Barre has only lived at the schools he attended.  He went to Our Saviour New American in New York for two years before coming to CBD Montverde for his sophomore season. On the AAU front, a friend of Yarou’s connected Barre with Expressions Elite of Nike’s Elite Youth Basketball League (EYBL) circuit. Barre credited the program with an inviting atmosphere and place to hone his development.  “Expressions, they helped me a lot to develop my game this past summer,” Barre said. “They fly me up, every practice, everything.”  In a 62-61 win against Cushing Academy (MA) on Sunday, Barre posted six points, 11 rebounds and three blocks. He also displayed a ferocious defensive intensity and instinct. The rim-running center is still developing his offensive arsenal, but is a solid finisher inside.  As for college recruiting, he doesn’t have offers yet, but said Gonzaga, Virginia Tech and Villanova have watched him play. Barre is thrilled to begin the recruiting process.  “I’m really excited, really really excited,” Barre said. “College is the best way to get into the league. High school is just the beginning, but in college, they can find you if you belong in the league.” Follow Greg on Twitter Follow Adam Zagoria on Twitter And Like ZAGS on Facebook