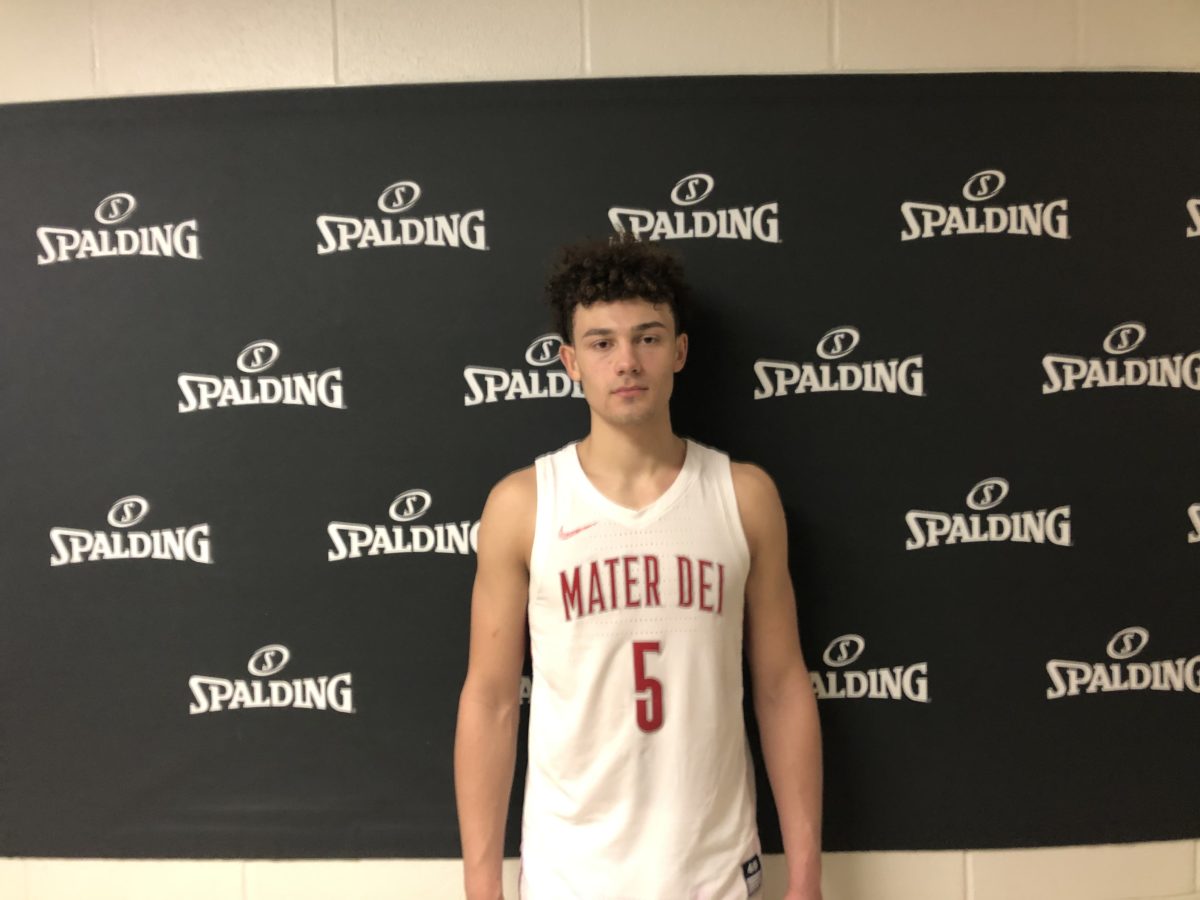 By ADAM ZAGORIA SPRINGFIELD, Mass. — Devin Askew is already part of the No. 1-ranked recruiting class in the nation but he’d like to see Kentucky add a big man, too. So the 6-foot-3 Askew is out there actively recruiting elite big men Cliff Omoruyi of Roselle (N.J.) Catholic and Greg Brown of Vandegraft (TX). “Yeah, I’ve been talking to Cliff, been talking to Greg,” Askew said after going for 20 points, 9 assists and 7 rebounds as his Mater Dei (CA) team lost an exciting game to Bishop O’Connell (VA), 73-72, at the Hoophall Classic with Kentucky coach John Calipari in the front row. “My message to any big is it’s going to be a fun time.”

John Calipari is here bright and early for ⁦@babydev5⁩ pic.twitter.com/BLFMJ0Zqu5

The 6-foot-11 Omoruyi has a final five of Arizona State, Auburn, Kentucky, Rutgers and UConn and has recently attended several Rutgers games. He plans to take more visits and come to a decision after the New Jersey high school season ends. He recently told ZAGSBLOG that he and Askew had talked at an event in West Virginia. “He said if you want to get easy buckets, he will pass me the ball,” Omoruyi said. The 6-9 Brown is coming off a recent official to Kentucky and will next visit Michigan the weekend of Feb. 7. He’s also considering Auburn, Memphis and Texas. “If you want to go out and work hard every day and if you truly love basketball, what better place is there to be at than Kentucky?” Askew said.

Asked if the class — which includes Sierra Canyon (CA) wing B.J. Boston, who Calipari will also see Monday — needs a big man, Askew said, “Honestly, I feel we’re fine right now. But if we get a big that’s even better.” Kentucky figures to lose Ashton Hagans and Tyrese Maxey to the NBA Draft — both are projected first-rounders, per ESPN.com — so Askew will have a big role next season. “Just be a true point guard, be a leader of the team,” he said of Calipari’s message. “Come in, fight for my time and see what happens.” Follow Adam Zagoria on Twitter And Like ZAGS on Facebook