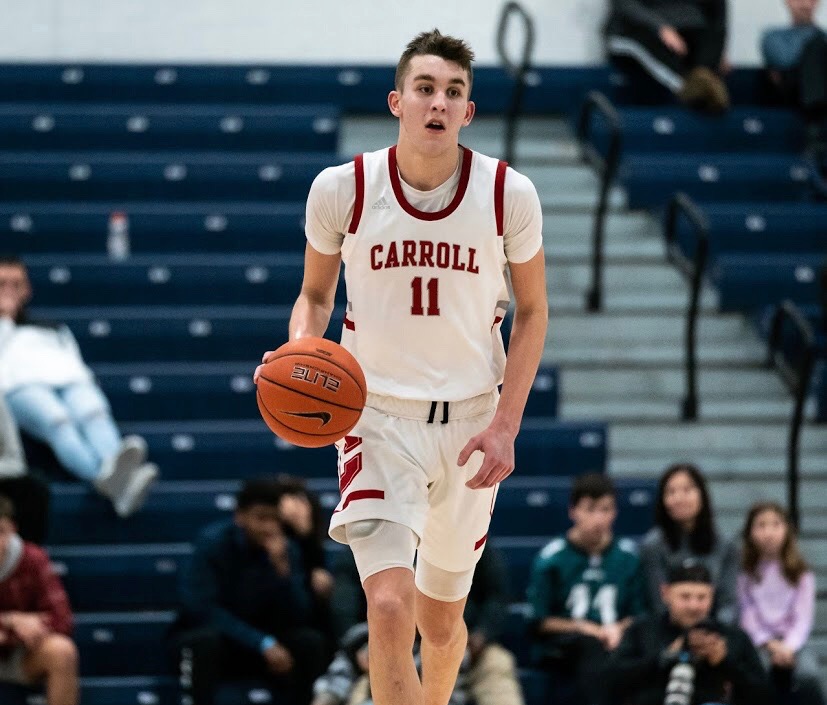 By RYAN McMULLEN John Camden, the 6-foot-7 forward from Archbishop John Carroll (PA), took an unofficial visit to Penn State (Jan. 4). He broke down his visit and recruitment with ZAGSBLOG. “Their program is continuing to grow and hungry to win. I like the coaches along with the facilities. I would definitely be happy there,” said Camden. “My sister is currently a freshman on the girl’s basketball team and she loves it.” He noted Miami, Xavier, Virginia Tech, and Penn State are recruiting him the hardest. Memphis is going after him the hardest out of the schools who haven’t offered yet. Camden is looking to plan a visit to Miami after his basketball season concludes. He has no timetable for making a decision. Camden claimed that the biggest factors into his choice will be, “whatever the best overall fit is for me. Playing style, coaches, as well as a school I would thrive at.” According to 247sports, Camden is a four-star prospect, ranked No. 103 nationally and is the No. 25 small forward. Follow Ryan on Twitter Follow Adam Zagoria on Twitter And like ZAGS on Facebook