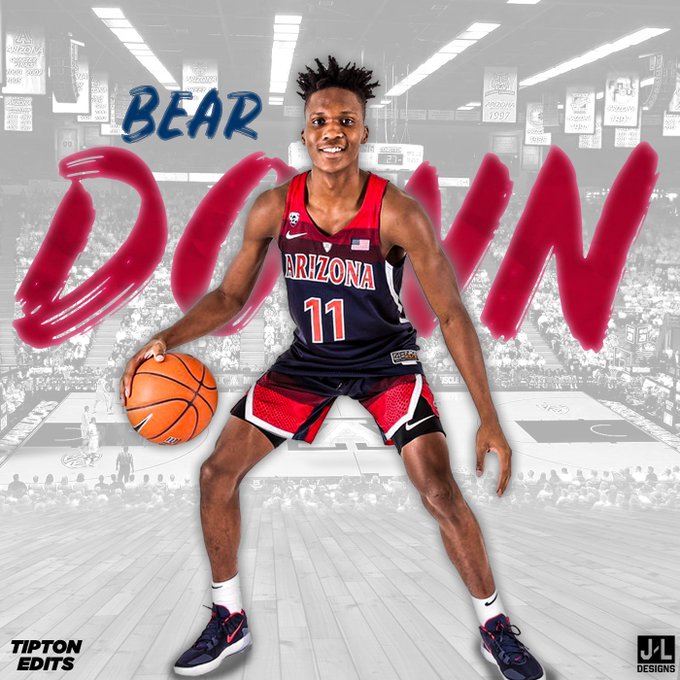 Bennedict Mathurin, the 6-foot-6 wing from NBA Academy Latin America (MX), announced his commitment to Arizona on Tuesday, during a Canadian broadcast network during halftime of the Toronto Raptors vs. Oklahoma City Thunder game. “I’m going to Arizona because I feel like it’s a great place to be,” Mathurin told 247Sports. “I feel like I’ll be comfortable over there. I feel like they have a great coaching staff and my impact on the team is going to be a big one.” “I like the fact that they came straight to me and asked me if I was ready,” he added. “I feel like Arizona was a family, not really a team, but a family. I felt like they want me a lot.” He took an official visit to Arizona on November 22. Mathurin chose Arizona over Baylor. He took his official visit to Baylor on November 16. He joins Dalen Terry as the second commit in Arizona’s 2020 class. Mathurin’s commitment comes on the heels of a 30-point, six-rebound performance in the semifinals of the 2020 Torneo Junior Ciutat de L’Hospitalet in Spain where he finished on the all-tournament team.    Throughout the year, Mathurin led The NBA Academy Latin America in several international competitions, including  The NBA Academy Games in Atlanta where he went 7-9 from three and scored 36 points in his final game of the competition. According to 247Sports, Mathurin is ranked as the No. 72 overall player in the Class of 2020 and the No. 18 ranked small forward. This story has been updated. Follow Jacob on Twitter Follow Adam Zagoria on Twitter And Like ZAGS on Facebook