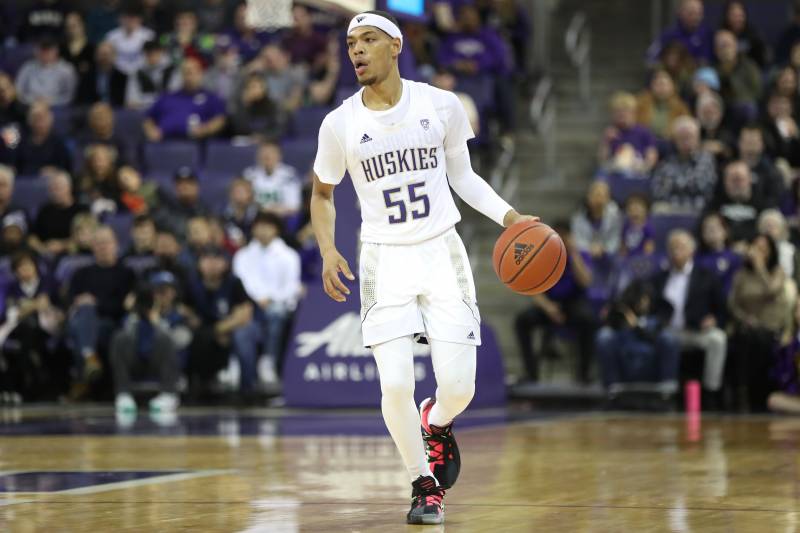 By JACOB POLACHECK Washington sophomore point guard Quade Green has been ruled academically ineligible, sources told Stadium Thursday. Goodman notes that since Washington is on the quarter system, there is a possibility that Green could get his grades in order in time to regain eligibility in March before postseason play begins. Green is able to practice with the team while ineligible. Green began his collegiate career at Kentucky. As a freshman, the former five-star prospect averaged 9.3 points, 2.7 assists and 1.8 rebounds in 25.6 minutes across 34 games. Green opted to transfer nine games into his sophomore season. Prior to the start of the 2019-20 season, Green was granted immediate eligibility by the NCAA. Green has averaged 11.6 points and a team-high 5.3 assists in 15 games for the Huskies this season. He has also shot 44.7 percent from three-point range.  Washington has an 11-4 record (1-1 Pac-12) on the year and will play at Stanford Thursday night before heading to Berkeley for a matchup with Cal on Saturday. Without Green, the Huskies will likely turn to sophomore Elijah Hardy to take over the starting point guard duties. Follow Jacob on Twitter Follow Adam Zagoria on Twitter And Like ZAGS on Facebook

Bill Self on Kansas loss to Baylor: 'We got our ass handed to us today'