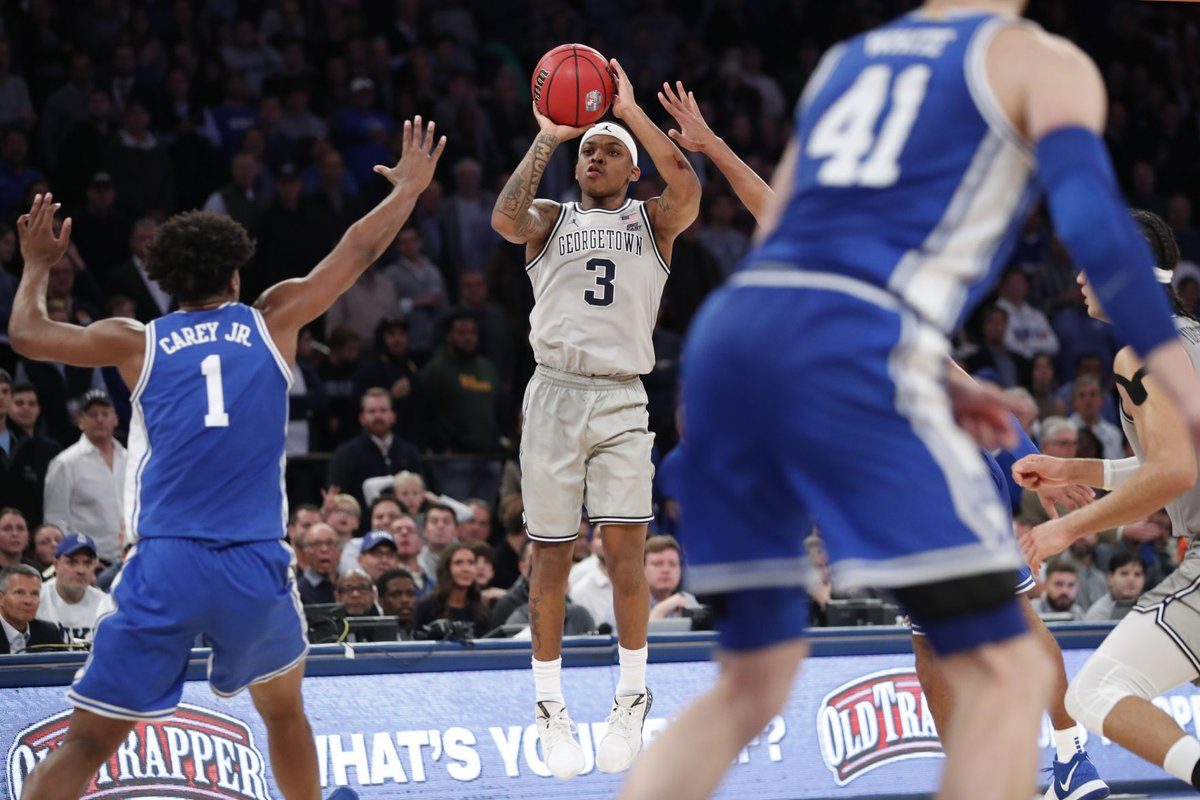 By ADAM ZAGORIA Georgetown transfer James Akinjo is visiting Arizona this weekend and will be on hand for Saturday night’s game against Gonzaga, sources confirmed to ZAGSBLOG. The news was first reported by 247Sports.com. Arizona is expected to lose freshman point guard Nico Mannion to the NBA Draft. Mannion is the projected No. 7 pick, per ESPN.com. The Big East Freshman of the Year a year ago, Akinjo averaged 13.4 points, 5.1 assists, and 1.3 steals per game in 40 career games at Georgetown. A West Coast native, he is expected to transfer back there, with Gonzaga, Saint Mary’s and Oregon also linked to the point guard. Oregon has no scholarships available at mid-year when Akinjo appears to be looking to transfer, a source said. No other visits are currently scheduled, a source said. Akinjo is one of four Georgetown players now transferring from Patrick Ewing’s program after Galen Alexander and Myron Gardner announced their transfers Friday. A three-star guard coming gout of high school, Akinjo was named the MVP of the Peach Jam in 2017 after averaging 18.7 points and 6.7 assists over the course of four days.