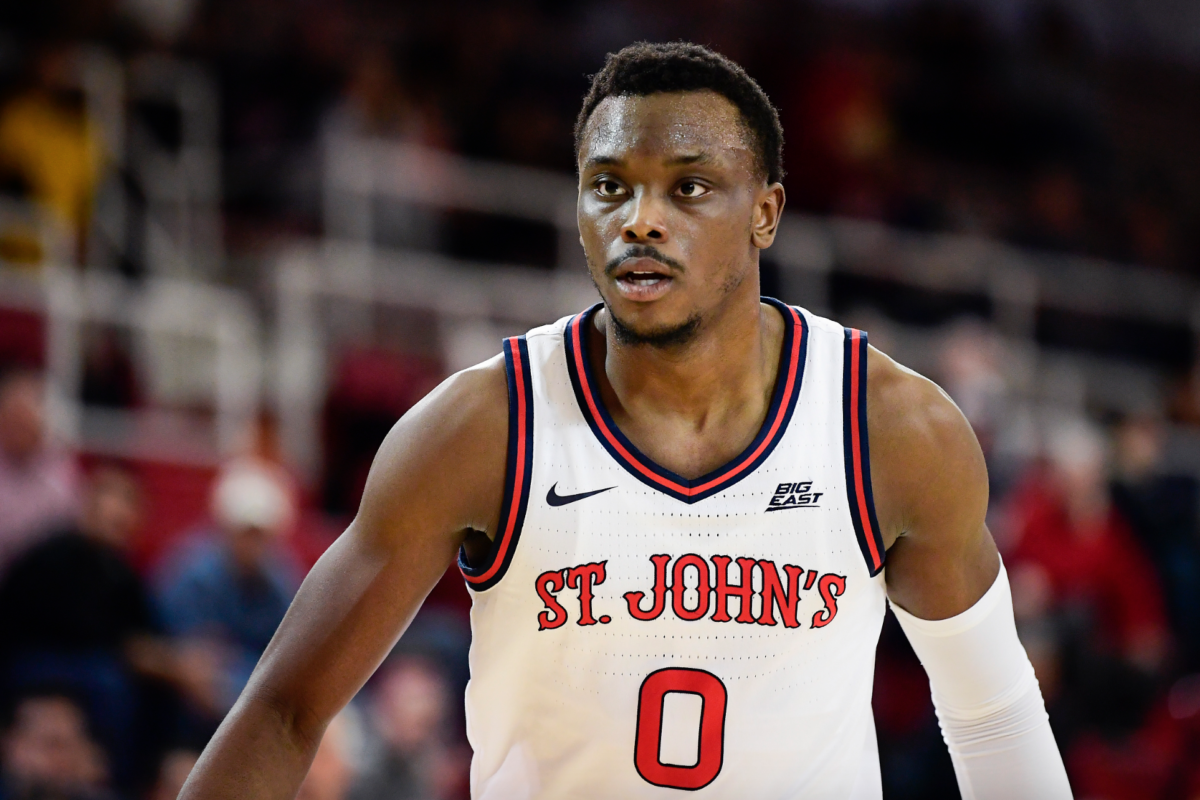 By ADAM ZAGORIA & JAMES SZUBA St. John’s senior guard Mustapha Heron is expected to miss two weeks with “a bad [ankle] sprain,” a source close to Heron told ZAGSBLOG Wednesday. The school said X-rays came back negative and is officially listing him as day-to-day. Heron injured his ankle Tuesday night and had to be helped off the court by a teammate in the Red Storm’s 82-71 win over Brown on Tuesday, according to the New York Post. St. John’s next three games are Dec. 18 against Albany at Carnesecca, Dec. 21 against Arizona in San Francisco and Dec. 31 in the Big East opener against Butler at Carnesecca. If all goes well, he could return in time for the start of the Big East season. Heron, the second-leading scorer on St. John’s, attempted to block a layup in the game’s final minutes when he came down on a Brown player. He was helped to a stance, but was unable to put any weight on the injured ankle. “He was good,” St. John’s coach Mike Anderson said Tuesday. “He was happy we won. We’re getting him evaluated. Right now, I can say it’s his right ankle and we’ll have more once we get him evaluated.” Asked what it would mean if Heron has to miss extended time, Anderson said, “Next man up. It’s going to be the next man up.” Heron is averaging 14.4 points, 2.1 rebounds and 1.7 assists per contest through 10 games. “He’s big for our team,” Anderson said. “We don’t have a whole lot of room for error and so with the players that we have, we got to have them playing at a high level.” Follow James on twitter @JamesSzuba Follow Adam Zagoria on Twitter And Like ZAGS on Facebook