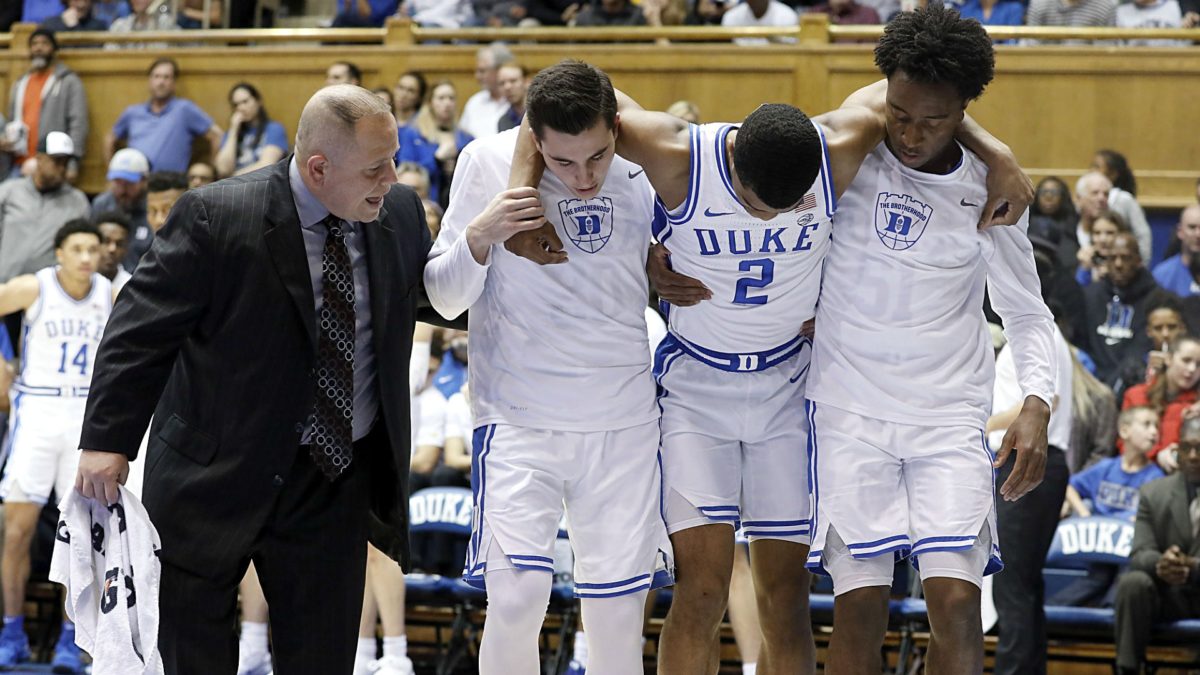 By RYAN McMULLEN Duke’s Cassius Stanley exited the Winthrop game on Friday with a left leg injury, and is not expected back until after Christmas. Stanley went up for a layup as Duke was on a fast-break and landed awkwardly on his leg. He was set to undergo an MRI on Saturday. After the game, Duke coach Mike Krzyzewski said, “We don’t think it’s a knee injury, which is very, very good. Although he’s going to be out for a while. He’s not going to be able to play [until], hopefully, after Christmas. That’s my hope.” Stanley is averaging 12.9 points and 4.8 rebounds in his freshman campaign. No. 1 Duke visits No. 3 Michigan State on Tuesday. Follow Ryan on Twitter Follow Adam Zagoria on Twitter And like ZAGS on Facebook

The Big East wins the Big East-Big 12 Battle and takes out No. 1 in the process