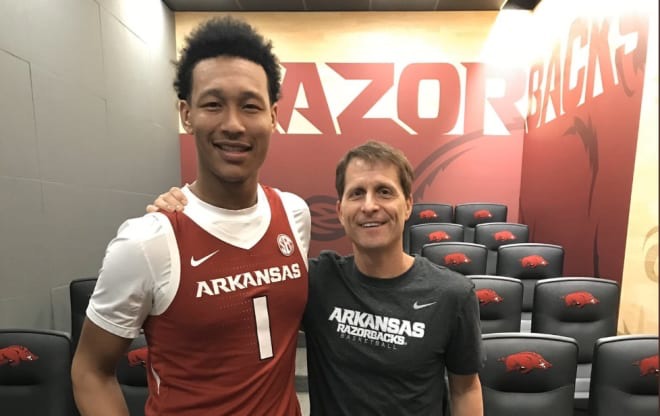 By RYAN McMULLEN Jaylin Williams, the 6-foot-9 power forward from Northside (AR) and Woodz Elite, announced his commitment to Arkansas on Saturday afternoon. He picked the Razorbacks over Auburn. This year on the EYBL circuit, Williams averaged 10.4 points and 9.6 rebounds. Williams is the third commit for Arkansas’ 2020 class. He joins forces with fellow four-stars Moses Moody and Davonte Davis. According to 247Sports, Williams is a four-star prospect, ranked No. 70 nationally, and is the No. 1 prospect from Arkansas. Follow Ryan on Twitter Follow Adam Zagoria on Twitter And like ZAGS on Facebook