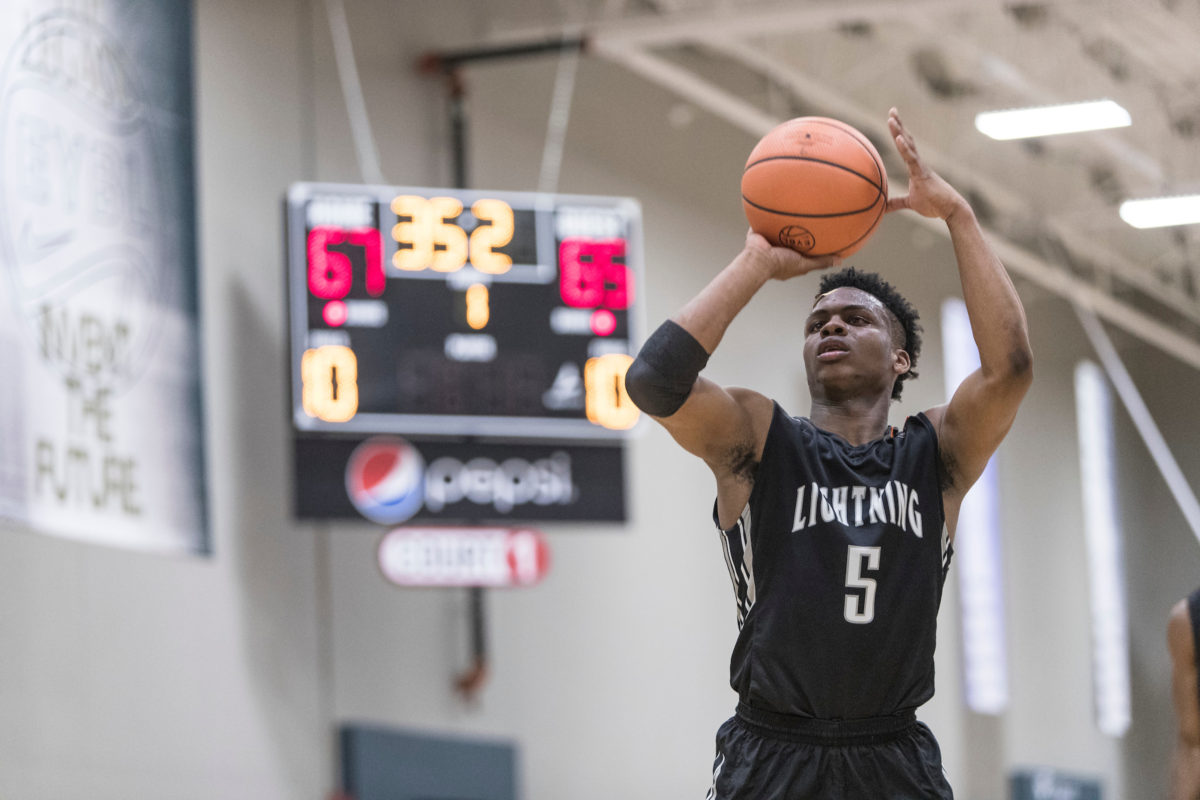 Just a few days after officially receiving commitments from junior college stars Vince Cole and Isaih Moore, St. John’s on Wednesday announced the signings of Posh Alexander and Dylan Wusu. Both Alexander and Wusu are athletic, hard-nosed guards who are poised to thrive in coach Mike Anderson’s uptempo style.  They come to St. John’s from Our Saviour Lutheran High School in the Bronx and are also teammates in AAU ball with NY Lightning. “Posh and Dylan will be wonderful additions to our basketball family,” said Anderson. “We are very excited they chose to stay home and represent their city at St. John’s in front of family and friends during this next chapter of their basketball careers. “The future looks bright for our basketball program with our four commitments during the early signing period. All of these young men are talented players with different skill sets, but most important we believe they will compliment our roster well because they possess key attributes that fit our style of play.” Alexander, a four-star recruit according to ESPN, missed the entirety of his junior high school season with a broken arm, but has averaged 18.5 points, 8.7 assists, 2.2 rebounds and 2.2 steals this season at Our Saviour Lutheran. During the spring on the Nike EYBL circuit, Alexander averaged more than 13 points and five assists per game for the NY Lightning. ESPN ranks Alexander as the fifth best recruit in the state of New York and the 26th best point guard in the nation for the class of 2020.  Currently, 247Sports counts Alexander as the no. 4 recruit in New York State. “Posh is a prototypical New York City point guard,” said Anderson. “He is a gritty player and quality ballhander with great court vision and he likes to get his teammates involved. Not only is Posh a great distributor of the basketball, but he also has a scorer’s mentality, as he can attack the rim and score on the perimeter.” Wusu transferred to Our Saviour Lutheran after beginning his career at Sacred Heart High School in Yonkers.  Standing at 6-foot-4 with a physical maturity beyond his years, Wusu is averaging 18.0 points, 5.2 assists, 4.2 rebounds and nearly one steal per game this season at Our Saviour Lutheran. At the conclusion of  the 2018-19 campaign at OSL, Wusu was named to the Great Atlantic Conference North Division I First Team. Prior to Our Saviour Lutheran, Wusu averaged 22.8 points at Sacred Heart in 2017-18 and was named Third Team All-New York State by the NYS Sportswriters Association. In 13 appearances competing for the NY Lightning on the Nike EYBL circuit, Wusu averaged 9.7 points, 4.6 rebounds and 1.2 steals per game in 2019. “Dylan’s physicality and athleticism will greatly benefit our basketball team,” said Anderson. “He is a high volume scorer and quality rebounder who can play at our uptempo pace. Dylan is also a tremendous defensive player who can make a significant impact at that end of the court because of the size and strength he offers at his position.” St. John’s returns to action tonight when the Johnnies host Columbia at 7 p.m. inside Carnesecca Arena. (Release via St. John’s) Follow Adam Zagoria on Twitter And Like ZAGS on Facebook