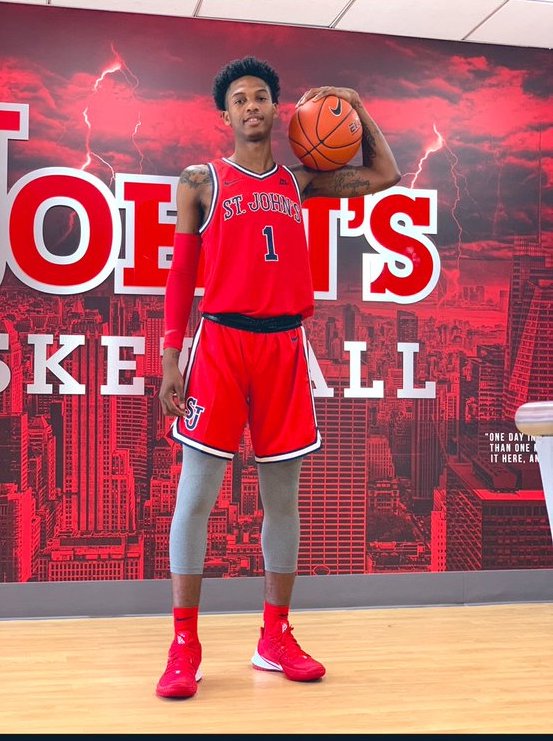 St. John’s announced the signings Thursday of junior college standouts Vince Cole and Isaih Moore, while Posh Alexander and Dylan Wusu are expected to sign Monday, according to Our Savior Lutheran coach Peter Wehye. “We are thrilled to receive commitments from Vince and Isaih,” said head coach Mike Anderson in a statement. “They will serve as key pieces of the foundation we are building here at St. John’s. Both of these young men come with experience at the collegiate level and we believe they can make an immediate impact next season.” Cole comes to Queens from the University of South Carolina-Salkehatchie, the no. 11 team in the nation according to the latest NJCAA Division I poll. The 6-foot-6 guard garnered NJCAA Division I Region X Player of the Year honors and was named a Second Team All-American as a freshman, averaging 18.7 points per game on 47.4 percent shooting from the floor, including a 44.1 percent success rate from three-point range. He also sank his free throws at an 86.8 percent clip and grabbed 6.2 boards per outing. “Vince is an explosive guard with a natural scoring ability and has good instincts on both ends of the court,” said Anderson. “He will be an important member of our roster next season because of his playmaking abilities, relentless work ethic and team-first mentality.” This season, Cole has USC-Salk off to a 4-0 start and has averaged 25.5 of the team’s 94.3 points per game.  He’s shooting 54.7 percent from the floor, including a 54.2 percent effort from beyond the arc, while averaging 5.5 rebounds and 4.3 assists per game.  Cole scored 23 or more in three of his four games, including 32 points on 10-of-15 shooting at Indian River State on Saturday.  He’s drained five of his seven chances from beyond the arc during that contest, a 96-84 win for the Indians. Cole is the reigning NJCAA Division I Player of the Week. Moore will begin his St. John’s career following one year at Mississippi’s Pearl River Community College, the no. 10 team in this week’s NJCAA Division I poll.  In three games this season, Moore is averaging 15.6 points and 11.0 rebounds per contest with two double-doubles. He went for 21 points and 15 boards in his debut before posting 21 and 12 in his second game. “Isaih will bring a new dimension to our front court with his size and versatility,” said Anderson. “He can score, rebound, protect the rim, defend, all of which are key attributes that fit well with our brand of basketball.” Moore, a 6-foot-10 forward with a wingspan stretching to 7-foot-6, played his freshman year at College of Charleston, making 11 appearances for a team that went 24-9 and reached the semifinals of the CAA Tournament before falling to eventual champion Northeastern.  He averaged 2.8 points and 2.1 rebounds despite playing just 9.0 minutes per outing.  His best performance came in his collegiate debut against Presbyterian on Nov. 6, posting 13 points on 5-of-8 shooting to go along with five rebounds in 19 minutes of work. Moore and Cole played together on the AAU circuit with Upward Stars. (Release via St. John’s) Follow Adam Zagoria on Twitter And Like ZAGS on Facebook