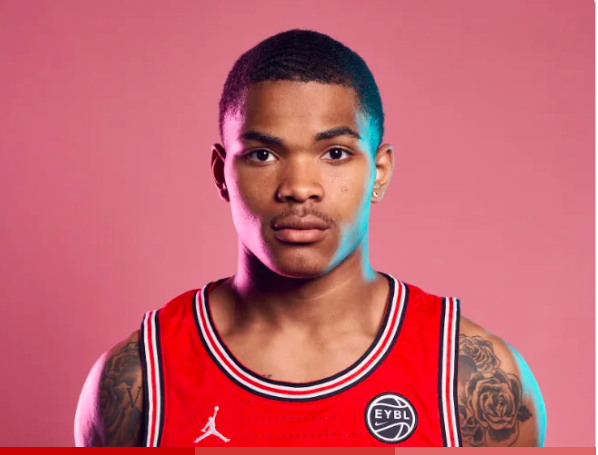 By JACOB POLACHECK Shakeel Moore, the 6-foot-1 point guard from Piedmont (NC), announced his commitment to North Carolina State on Saturday. He did not take an official visit to NC State. Moore chose NC State over schools such as Providence, DePaul, Pittsburgh, Cincinnati, Penn State, Mississippi State, Ole Miss, Virginia Tech, Wake Forest and several others. Playing with Team CP3 on the Nike EYBL Circuit this past summer, Moore averaged 16.8 points, 3.6 assists and 4.6 rebounds per game in 14 games. Moore joins Cam Hayes, Nick Farrar and Ebenezer Dowuona as the fourth commit in the Wolfpack’s 2020 class. According to 247Sports, Moore is ranked as the No. 202 overall player in the Class of 2020 and the No. 7 player from the state of North Carolina. Follow Jacob on Twitter Follow Adam Zagoria on Twitter And Like ZAGS on Facebook