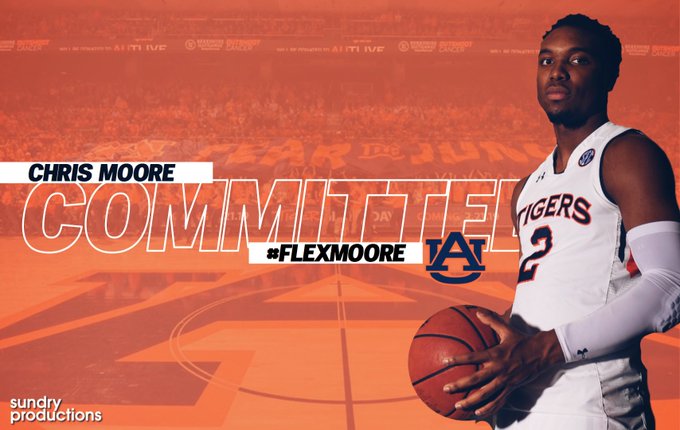 By JACOB POLACHECK Chris Moore, the 6-foot-7 power forward from West Memphis (AR), announced his commitment to Auburn on Saturday, via Twitter. He took his official visit to Auburn earlier this month (Nov. 1-3). Moore chose Auburn over Arkansas and Memphis. He took official visits to both schools. He joins Sharife Cooper and Justin Powell as the third commit in Auburn’s 2020 class. According to 247Sports, Moore is ranked as the No. 126 overall player in the Class of 2020 and the No. 4 player from the state of Arkansas. Playing on the Nike EYBL Circuit this summer with Woodz Elite, Moore averaged 16.1 points, 6.1 rebounds and 1.3 blocks per game. In other Auburn news, guard Sharife Cooper signed his NLI on Friday after initially committing Sept. 27.