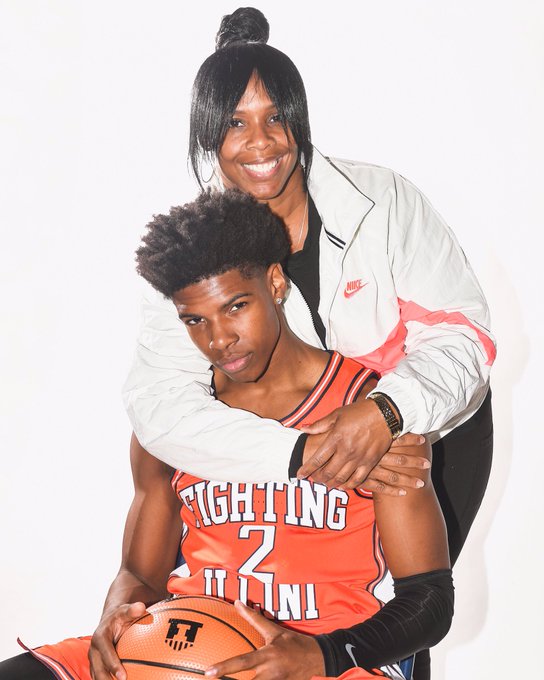 By JACOB POLACHECK KK Robinson, the 6-foot point guard from Bryant (AR), visited Illinois this weekend (Oct. 11-13) for his third official visit. He broke down his visit for ZAGSBLOG Tuesday: “It was really fun,” he said. “They want me to come in and run the team. They have all the right pieces around for the team to do something special. They said they just need a strong point guard.” Robinson took his first official visits to TCU last month (Sept. 27-29). “I had a lot of fun there with coach [Jamie] Dixon and the players,” Robinson told ZAGSBLOG following his TCU visit. “Coach Dixon has a lot of trust in me and wants me to come in right away to run the team.” “They like to play fast and in transition. That’s a big part of my game, so that’ll definitely be a good fit for me.” Following TCU, Robinson tripped to Kansas (Oct. 4-6) for “Late Night in the Phog. “I loved it,” Robinson told ZAGSBLOG. “The atmosphere in the Allen Fieldhouse was crazy! Being able to see Snoop Dogg [perform] was also a great experience.” “They said they aren’t recruiting me to sit on the bench,” said Robinson. “They are recruiting me to make plays and to be one of the go to guys down line. Of course I have to earn it. Nothing is given.” Robinson also broke down how he would fit with the Jayhawks. “I think I’ll fit great in their system,” said Robinson. “Coach [Bill] Self has always done great with little guards as myself.” Robinson is set to take his fourth official visit to Arkansas this weekend (Oct. 18-20). “Home state school, being able to play in front of my family and friends on a consistent basis,” said Robinson on the Razorbacks in September. Robinson is also considering Vanderbilt, Virginia Tech and Iowa State. According to 247Sports, Robinson is ranked as the No. 72 overall player in the Class of 2020 and the No. 2 player from the state of Arkansas. Follow Jacob on Twitter Follow Adam Zagoria on Twitter And Like ZAGS on Facebook