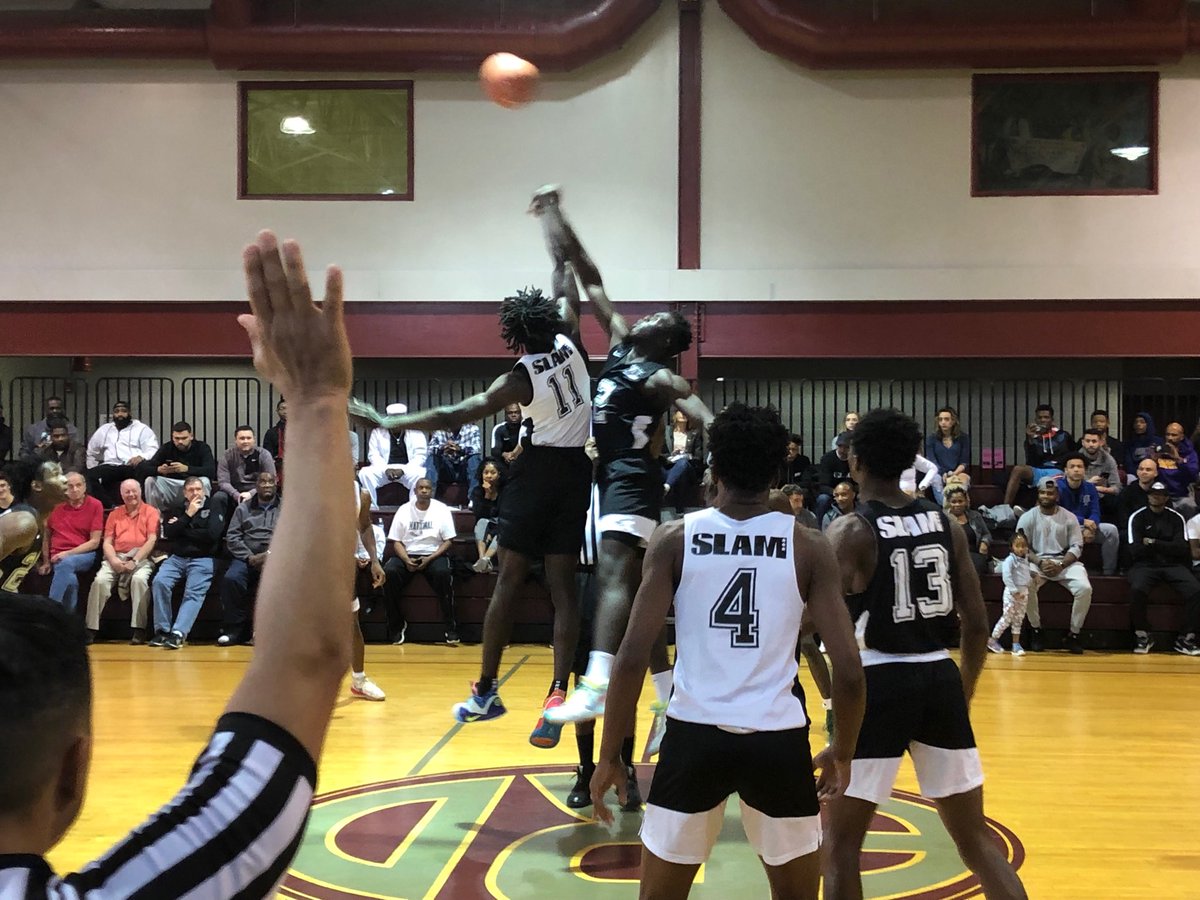 By ADAM ZAGORIA ELIZABETH, N.J. — Jonathan Kuminga and Adama Sanogo have only been at The Patrick School for a few months, but they already know who the school’s No. 1 rival is. Roselle Catholic has won three of the last seven New Jersey Tournament of Champions titles. The Patrick School won its last TOC title in 2017 and, including its time as St. Patrick under coach Kevin Boyle, the school has won six TOC crowns. This year once again the two Jersey parochial powers are the favorites to win the overall state championship, and they could meet in March in the North Non-Public B bracket for the right to advance in the state tournament. It’s still very early, but Kuminga and Sanogo sent a message to their chief rivals on Sunday. The 6-foot-8 Kuminga went for 19 points, 5 assists and 3 rebounds and the 6-10 Sanogo was dominant down low with 18 points and 11 rebounds as the “Hillside Celtics” beat “Roselle” 68-57 in a Fall League game before a capacity crowd in Elizabeth. “It was a tough game,” said Kuminga, the No. 1 player in the Class of 2021 who transferred along with Sanogo from Our Saviour New American. “I have to show all my skills, I have to prove everything. I have to play hard for my team, not just for me, so it was a really tough game.” Asked if he wanted to send the Lions a message for potential future matchups in the Union County and state tournaments, Kuminga said, “Not to be disrespectful, but we’re just going to keep beating them. They’re not going to beat us. We’re just going to keep working to beat them. That’s our biggest competition in Jersey, so we’re just going to keep working on that one.” In a game that featured probably a dozen Division 1 prospects, the Patrick School was simply too long, strong and dominant in the paint. Roselle Catholic senior big man Cliff Omoruyi, who is being courted by Kentucky, Auburn, UConn, Pitt, Miami, N.C. State, Rutgers St. John’s, among others, was limited to just 6 points and 5 rebounds. Xavier-bound senior C.J. Wilcher was RC’s best offensive option, finishing with 19 points while newly minted Florida commit Niels Lane scored 10.

But after a slow start, Kuminga was able to get downhill and score on drives and dunks, while Sanogo was a man down low with a variety of dunks, layups and even one 8-foot jumper. “Kuminga is the best junior in the country and the other big guy is very good too, strong down low,” said former Seton Hall guard and Roselle, N.J. native Jamar Wise, who coached RC. “They’re a very tough team.” Chris Chavannes, the principal and head coach at The Patrick School, was an assistant under Boyle on teams that featured Dakari Johnson, Kyrie Irving Michael Kidd-Gilchrist, and he knows Kuminga is right up there in that class. At least one mock draft has Kuminga, who is being courted by Kentucky, Duke and Auburn, among others, as the projected No. 1 pick in 2021. “I’ve been an assistant with Kevin with some guys like that, but he’s real special,” Chavannes said. “For us, we’ve just got to work with him on how to play the game and not feel he has to do so much because there’s so much talent around him. But he’s a very unselfish player. He’s a phenomenal person, he’s been very easy to work with.”

And @JonathanKuming6 operating in the palnt. Good luck stopping this kid in high school. pic.twitter.com/VI6hWkUOfi

The Patrick School also featured 6-11 junior Bretner Mutombo, who holds offers from LSU and Auburn, 6-10 senior Samson Johnson, who just picked up a UConn offer, and 6-9 senior Mouhamed Sow. Together, they just kept coming at RC with waves of length and versatility. (Patrick School point guard Noah Farrakhan was in a walking boot and did not play.) Sanogo, a native of Mali, and Kuminga, who is originally from the Congo, transferred over to The Patrick School this season, instantly making the school the favorite to win the TOC. They are close friends and enjoy playing together. Very few high school teams in the nation — let alone the state — will be able to match up with the duo down low. “I’ve been playing with him since three years ago now, so we really know each other,” said Kuminga, who is being courted by Kentucky, Duke Auburn, among others, but has no visits planned. “I know how to use him, and he knows how to use me. That’s not my teammate, that’s like my brother.” He added: “Every time we play another team, they’re not just going to be like, ‘Oh, we gotta guard Jonathan. We got a lot of people. Everybody’s going to be tough to guard.”

Sanogo, who recently added offers from Auburn, Xavier and UConn, feels Kuminga is the best player in the country in his and enjoys playing with him. “Right now Jonathan is the best player in the country so we need a big man who can take the rebound, pass to him, dunk or screen, so I think I’m the big man for him,” Sanogo said. “I think we can do stuff together.” Chavannes believes this is his most talented team ever. But it won’t mean anything if they don’t finish the season as the last team standing in New Jersey. “I think it’s the most talent we’ve ever had in the school at St. Pat’s and the Patrick School,” said Chavannes, who co-coached with former Rutgers coach Mike Rice two years ago when the school won its first TOC as The Patrick School. “However, the goal is to be the best team ever, and that’s two different things. “It’s one thing to be talented. The goal is to be the best ever.” Follow Adam Zagoria on Twitter And like ZAGS on Facebook 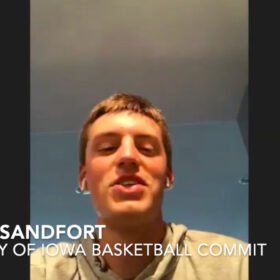