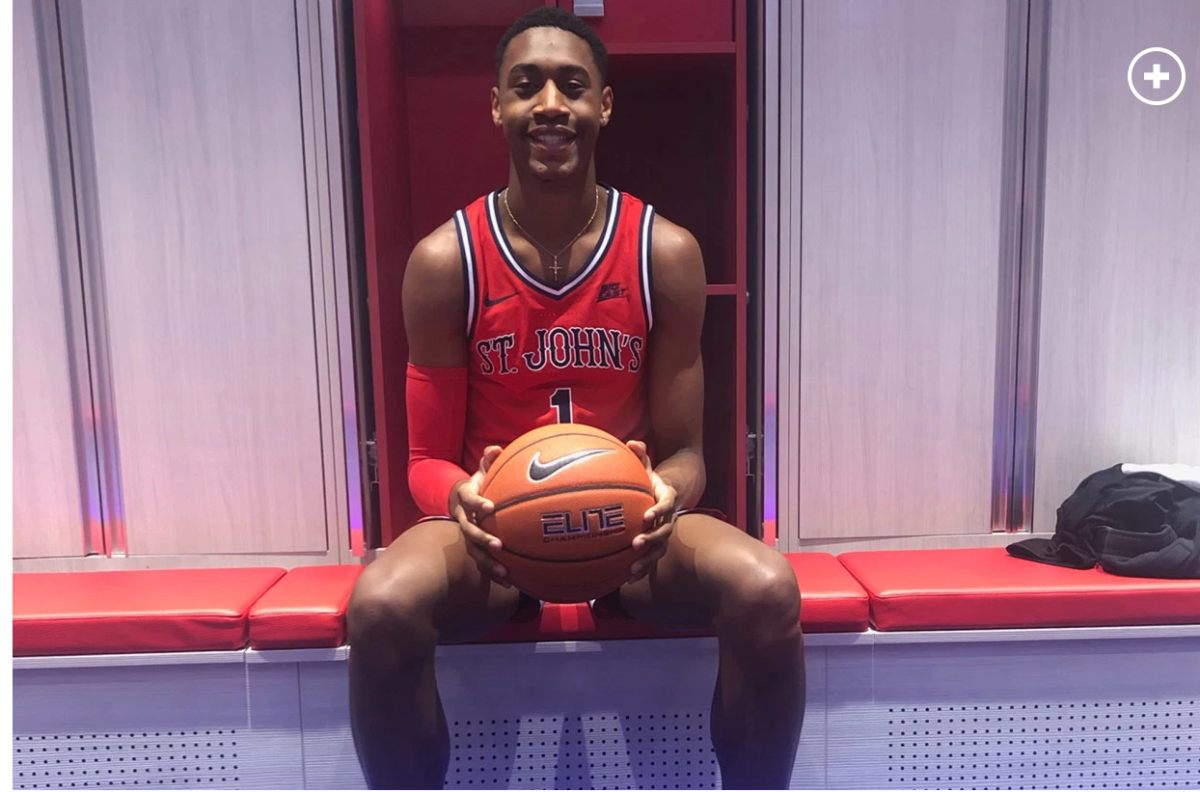 By ADAM ZAGORIA St. John’s capped off a big recruiting weekend on Sunday by adding Moore, the 6-foot-10 power forward from Pearl River Community College (MS). Moore is the second commit this weekend for Mike Anderson’s staff, following Our Saviour Lutheran shooting guard Dylan Wusu, who committed Saturday. While Wusu is a teammate of St. Posh Alexander, Moore is a former AAU teammate of St. John’s pledge Vince Cole. “I really like Coach Anderson,” Moore told the New York Post. “I’m able to play in the Big East on the big stage at Madison Square Garden. You can’t beat that. “I didn’t really see my decision as an early decision. If you feel it in your heart, go for it. I felt like this is where I can shine.” Moore averaged 2.8 points and 2.1 rebounds last season at the College of Charleston before opting to go the junior college route. The Post reported that Moore said Arkansas, LSU, Alabama, Tulsa, and Mississippi State also wanted to get him on campus for a visit. Now he’ll come to St. John’s in 2020 with Cole and play in Anderson’s press defense. “You have to put a little weight on him, but once he does that the sky’s the limit for him,” Pearl River assistant Hayden Sowers told the Post. St. John’s remains involved for Roselle (N.J.) Catholic big man Cliff Omoruyi, who will commit after the season. Photo: Isaih Moore Follow Adam Zagoria on Twitter And Like ZAGS on Facebook

Big man Cliff Omoruyi to commit in the spring