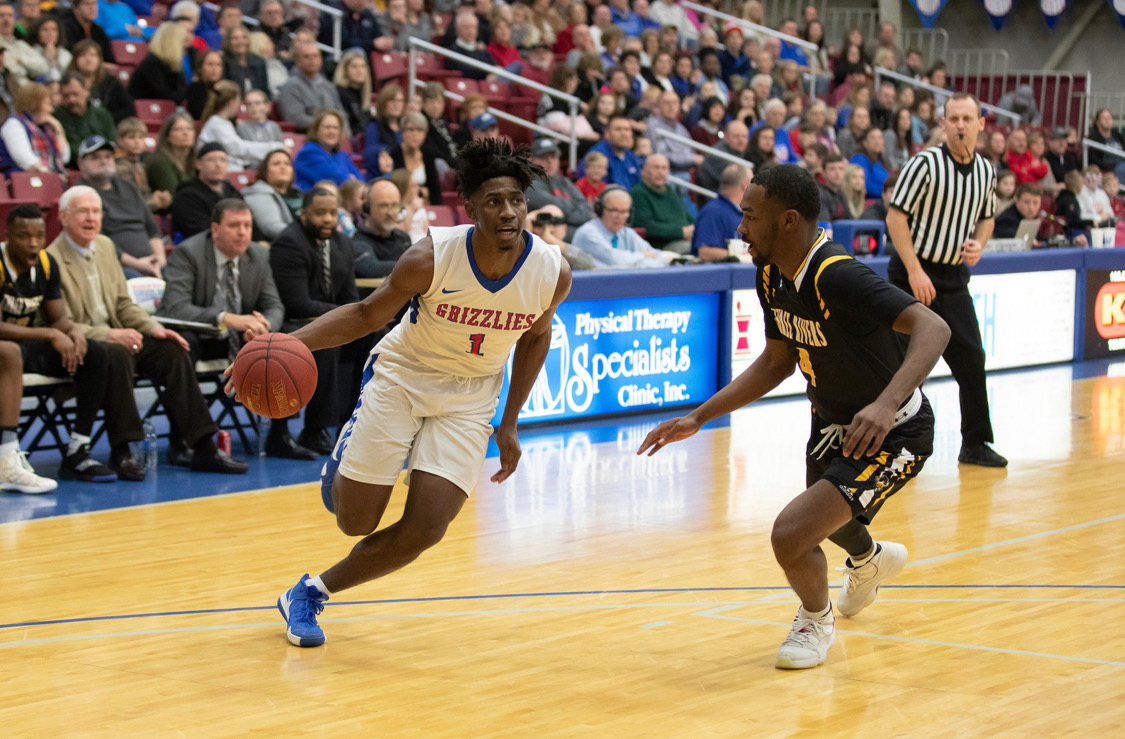 By ADAM ZAGORIA Sardaar Calhoun, the 6-foot-5, 210-pound wing from Missouri State-West Plains, is considering five schools and plans to make a decision this fall. Calhoun is down to Alabama, Florida State, Georgia, Seton Hall and Texas. He took an official to Seton Hall this past weekend and will next trip to Florida State (Sept. 7), then Alabama (Sept. 14) and Georgia (Sept. 21), with Texas potentially at the end of the month. Calhoun, who averaged 17.6 points and 5.0 rebounds last season while shooting 48 percent from the field and 43 percent from deep, will have two years of college eligibility wherever he goes. He broke down his options for ZAGSBLOG. Seton Hall: “I visited Seton Hall, it was good. I met a lot of professors, the professors were really nice. I was there with another recruit, Elijah Taylor, really nice good. And the coaching staff, it just felt good. I really liked them a lot. “Seton Hall’s been recruiting me the longest, almost a year now. They’ve been telling me that they’re losing their backcourt this year because Myles Powell and Quincy McKnight are seniors this year and I can come in and be a mature leader and flourish right away in their system. And they see me picking up where Myles left off. NBA scouts will be in there because of what Myles Powell has done at the program. Florida State: “Florida State is actually a funny story. When I was younger, I knew coach [Dennis] Gates because I was at the UVA-Florida State game when Dwayne Bacon hit a game-winner and I was joking around with Coach Gates and I said, ‘Man, I could be the next Dwayne Bacon.’ He kind of laughed and said, ‘We’ll see, we’ll see.’ Then two years went by and he offered me at a Jamboree, so that’s pretty unique.” Alabama: “They’ve done great with JUCOs, coach [Nate] Oats and coach [Bryan] Hodgson are real honest guys. They see a lot in my game, they can get me to the next level. They’ve been straightforward, they’re telling me all the players they’ve been recruiting and they’re definitely making me a priority. They definitely want me to visit before I make a decision.” Georgia: “Coach [Tom] Crean is all about business, he’s just a really, really good coach. They always send me videos of their workouts. They’re really hands-on type guys. They always show me ways to improve. Everyone knows his background. He’s had Victor Oladipo and Dwyane Wade. Anthony Edwards is leaving this year and they need a wing to come in and play right away so that’s been their message. And they’ve been honest, e whole coaching staff.” Texas: “Texas loves my game and Coach Shaka Smart is a hometown hero back in Virginia for what’s he’s done at VCU. Coach [Luke] Yaklich is the coach who is recruiting me and he loves my game and my ability to score and defend the ball. They are just looking for a guy who loves both ends of the ball and takes pride defense and they see that in me a lot.” As for a timetable on a decision, “I’ll definitely be committing in the October-November area,” he said. Wherever he goes he plans to be a two-way player. “I think I’ll be a great threat on both sides of the ball,” he said. “I’m a pretty good defender, and I’m a really good scorer. And I’m a great teammate.” Follow Adam Zagoria on Twitter And like ZAGS on Facebook