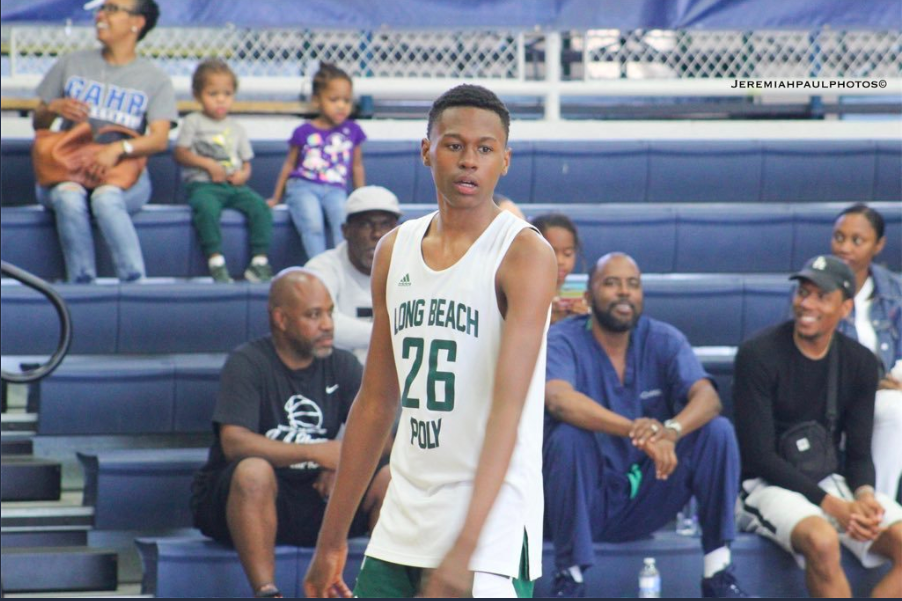 By JACOB POLACHECK 2021 forward Peyton Watson is set to participate in the Team USA Junior Minicamp in Colorado Springs later this week. He was one of 75 athletes to be invited to the event. “As far as goals go, my goal is to make a statement for myself,” Watson told ZAGSBLOG Tuesday. “I’m one of those guys that a lot of people might not know. So, by the end of the week, I just want people to know Peyton Watson. I want to be recognized as one of those elite players.” Watson, a 6-foot-7 small forward from Long Beach Poly (CA), currently holds offers from San Diego State, Long Beach State, Pepperdine, Montana, Grand Canyon, Santa Clara, Arizona State and Utah. He is also receiving interest from USC, UCLA, Oregon, Washington, Gonzaga and Maryland. Watson plans on taking his first official visit to San Diego State in October. “I want to see more of the campus and to get a better feel of the coaching staff,” he said. “It’s close to home. My parents and all the people around me have a really strong support system. They’d be able to come and watch me play.” Watson is also impressed by San Diego State’s history of sending players to the NBA. “They’ve had success with guys trying to get their game to the next level,” he said. “That’s my goal: to get to the NBA. They just had one last year with Jalen McDaniels who’s going to the Hornets. That’s a player similar to me.” Watson does not plan on making a college decision anytime soon, but is instead looking to get a general idea for the schools recruiting him. “That’s way off in the future for me,” he said on a commitment. “I’m just seeing what schools I’m getting interest from and what schools I’d like to take visits to. Around this time next year, I’ll probably be rounding it up and ready to make that decision.” Despite being a long way from a commitment, Watson does have an idea of what he’s looking for in a school. “Just the right fit. I want a coach that will push me to be better than what I am, teach me the right things and prepare me for that next level,” he said. “I want a coach that will instill some good habits in my brain. Academics, as well are a big part of my recruitment.” At 6-foot-7, Watson is able to guard multiple positions on the court. “I’m very versatile,” said Watson. “First and foremost, I’m a team player. I like to get everyone involved but I can score the rock when needed.” “I’m a long, versatile guard,” he said. “I like to block shots and use my length.” Follow Jacob on Twitter Follow Adam Zagoria on Twitter And Like ZAGS on Facebook