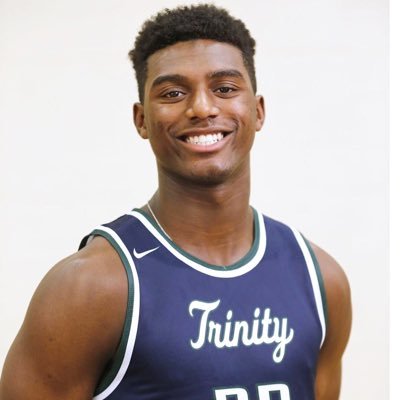 By JACOB POLACHECK Henry Coleman, the 6-foot-7 power forward from Trinity (VA) Episcopal School, told ZAGSBLOG Tuesday that he plans on cutting his list to five schools “in about two to three weeks”. Coleman, who hold offers from more than 30 schools, said that Duke, Michigan, Florida State, Georgetown, Virginia Tech and NC State are the schools that have been in contact the most. He broke down each school: Duke: “They really like my game. They like that I can come in and be a force, playing the three and the four positions. They like how I am off the court also.”   Michigan: “I talk to coach [Juwan] Howard a lot. He really likes my game. He wants me to be one of the guys to start his coaching career. It’s been good talking to him.”  Florida State: “I’ve talked to them a lot. I like their system because they run in transition a lot. That’s where my game is.” Georgetown: “I talk to coach [Patrick] Ewing and coach [Robert] Kirby a lot. They’re another school that plays in transition. They like my physicality and what I can do on and off the ball.” Virginia Tech: “I like to talk to coach [Christian] Webster. Coach [Mike] Young has been at my school a couple of times, so I’m just trying to build that relationship with them.” NC State: “Coach [Kevin] Keatts and NC State is another school that plays in transition. Threes and fours really thrive in their system, so it’s a school that I really like.” Once Coleman cuts his list, he will begin to plan visits. “Out of that top five that I will be coming out with, I will probably be taking four or five official visits in the fall,” said Coleman.  “I will likely make my decision in late-October or early-November.” Coleman also broke down what he is looking for in a school, on and off the court. “Off the court, I want to go to a school with a good all-around area, somewhere I can thrive,” he said. “I want a good feel for the school and a good surrounding area.” “On the court, I want a good group of guys and teammates that I really like and enjoy being around,” said Coleman. “I want a coaching staff that I enjoy playing for.” According to 247Sports, Coleman is ranked as the No. 39 overall player in the Class of 2020 and the No. 4 player from the state of Virginia. “I’m the kind of guy that can do it all,” said Coleman. I can step out on the perimeter, hit mid-range shots and take threes.” “I’m also a guy that can do the dirty stuff: get down low, post up,” he said. “I don’t mind defending the 1-5 positions.” Coleman likened his game to those of three current NBA forwards. “Kyle Kuzma, Draymond Green and Kawhi Leonard,” said Coleman. “Those are all guys that can do it all and are in the 6-7 to 6-9 range. They are guys that are physically built and good leaders that can get it done.” Coleman has been impressive this summer on the adidas circuit, playing with Team Loaded (VA). “I just showed that I can be a perimeter guy, by really working on my shot, coming off screens and shooting the mid-range very well,” he said. “I’m working to shoot the three even more consistently. At the college and NBA level, if you can’t do that, then you really won’t make it.”
Follow Jacob on Twitter Follow Adam Zagoria on Twitter And Like ZAGS on Facebook