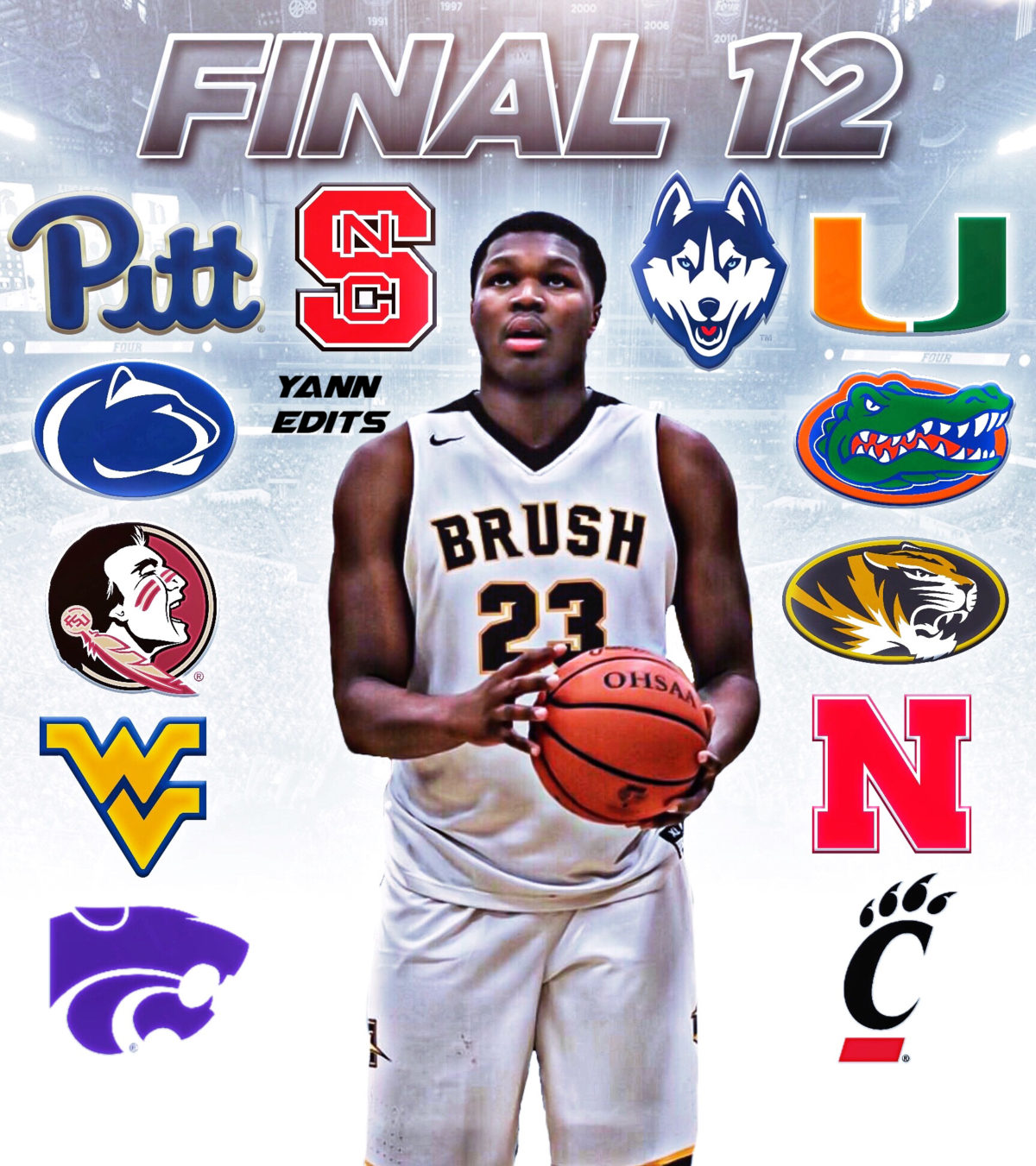 By RYAN McMULLEN John Hugley, the 6-foot-9 center from Brush (OH) and All Ohio Red AAU, has cut his list to twelve schools. He is down to Pitt, North Carolina State, Penn State, Florida State, West Virginia, Kansas State, Connecticut, Miami, Florida, Missouri, Nebraska, and Cincinnati. This year on the Nike EYBL Circuit, Hugley averaged 9.2 points and 6.8 rebounds in 13 games played. According to 247Sports, he is ranked No. 82 nationally and is the No. 15 center. Follow Ryan on Twitter Follow Adam Zagoria on Twitter And like ZAGS on Facebook