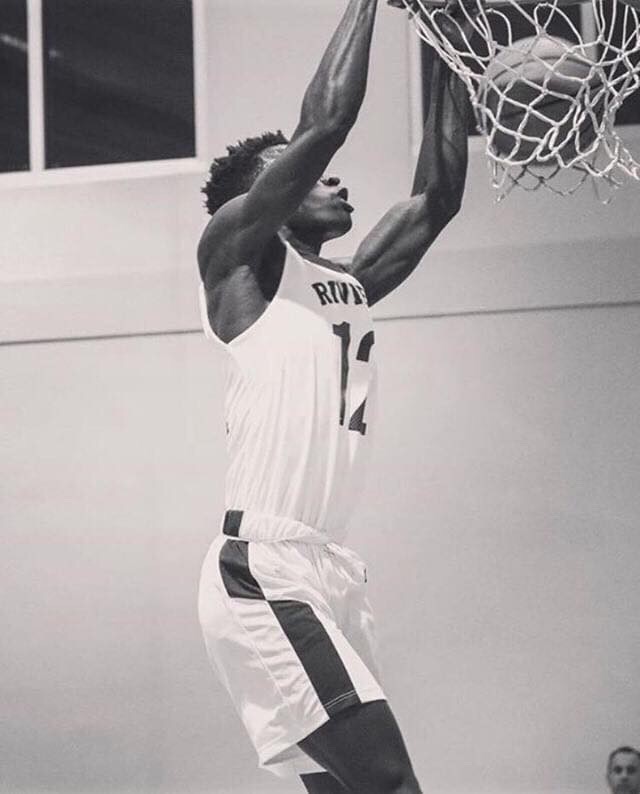 By JACOB POLACHECK Class of 2021 point forward Mor Gaye is looking to become one of the few Senegalese players to make the NBA. Standing at 6-foot-8, Gaye has displayed a soft touch and a high motor while playing for Southern Illinois Select this summer. “Mor is just beginning to scratch the surface of his potential,” SI Select coach Riley Swinford told ZAGSBLOG Friday. “His upside is so huge. He’s only going to get better. He plays so hard and is such a competitor.”  Gaye originally learned the game of basketball while growing up in Dakar, Senegal, but it wasn’t until he moved to the United States at age 14 that he began to really refine his game. “My game has improved a lot here,” said Gaye. “There are a lot more resources and they really teach you how to grow your game. You see players like Giannis Antetokounmpo who improve when they get the proper education on the game.” Entering his junior year at Riviera (FL) Prep, Gaye has started to catch the attention of college coaches. “Last weekend, I received from Northern Kentucky,” said Gaye. “The coach just texted me on Saturday. They want a guy that can block shots and bring in rebounds.” Kentucky State is also among the schools to show interest in Gaye. Gaye is a very intriguing prospect with his ability to handle the ball and rebound to go with his large frame. “I’m working on my handles a lot,” he said. “I’m a fast player. Some people have said I can be a big point guard.” Follow Jacob on Twitter Follow Adam Zagoria on Twitter And Like ZAGS on Facebook