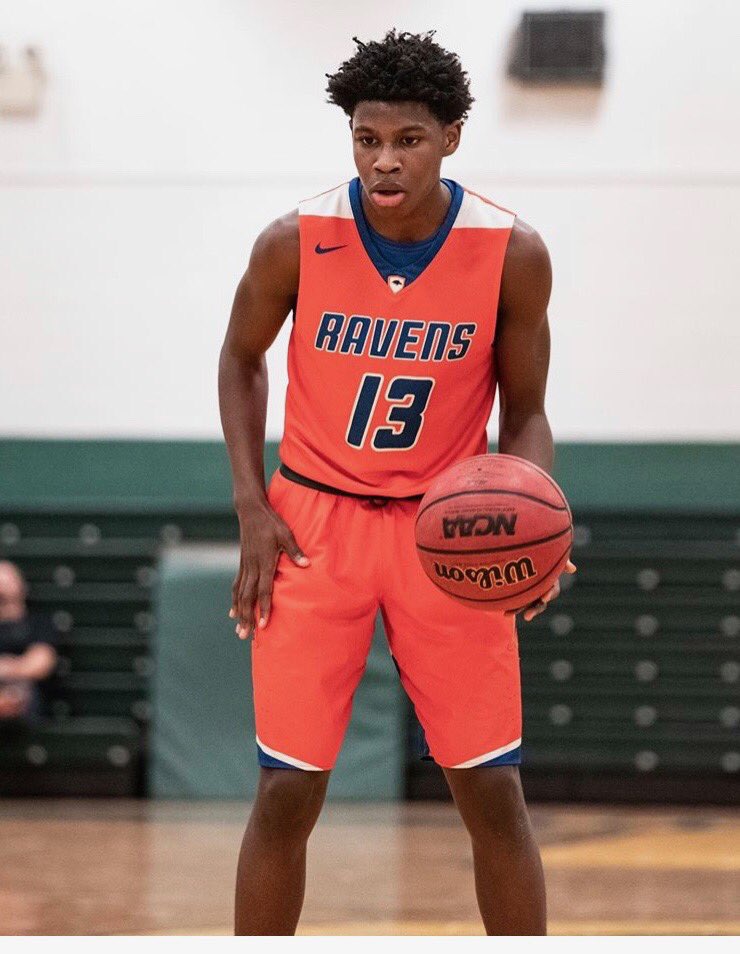 By EUGENE RAPAY NEW YORK — Malachi Smith’s eyes light up when he talks about Damian Lillard and Kemba Walker, two NBA stars he tries to emulate. There are some similarities between the Class of 2021 St. Raymond’s point guard and the NBA stars: his elusiveness, his shifty play with the ball and his ability to score at all three levels. Like Walker, Smith is a Bronx native. Walker emerged from the Bronx as a product of the now-closed Rice High School in Harlem, became a national championship hero at UConn, and then an All-Star in the NBA. Now he’s poised to sign in free agency with the Boston Celtics. Like Walker, Smith showed off that iconic stepback to score in the New York Catholic League Team Camp at Archbishop Molloy High School, helping the Ravens win Saturday in a lopsided manner over Holy Cross (N.Y.). Smith left an impression on offense with the way he was able to drive inside, unafraid of contact, while also showing that he can knock down the long-range shot. Defensively, he was a pest. Even when the shots weren’t falling at times, he helped set the tone on the other end of the court with the way he was able to disrupt passing lanes. “I just want them to know that I hustle,” Smith said of the impression he was hoping to leave on coaches and scouts in attendance. “That I play hard every time I step out onto the floor, from the start until my last.” Smith had a number of coaches come to personally check him out over the weekend, with St. John’s, Illinois, Seton Hall, Oklahoma State, Morgan State, Iona, Colorado, and Syracuse coming in to watch the 6-foot point guard.

For now, he has Division I offers from St. Peter’s, Iona, Stony Brook, Manhattan and UMass.  “Mostly getting stronger, getting my weight up and getting more athletic,” Smith said on what he feels he needs to improve in order to gain more collegiate suitors. “Consistency with my shot a little bit more.” His dream school, UConn, hasn’t entered the picture yet, but he hopes the Huskies reach out. He aspires to follow in the same footsteps as his idol, Walker, and suit up in the blue and white. Until then, he’ll be focusing on this AAU season with the New York Gauchos. So far, he says it’s going well and that he hopes that it can help prepare him for the upcoming season. “We have a lot of great players that came out of there, and I’m just happy to be there,” said Smith. “I just want to put another banner up and do [well] on this AAU to get some wins.” Follow Eugene on Twitter Follow Adam Zagoria on Twitter And Like ZAGS on Facebook