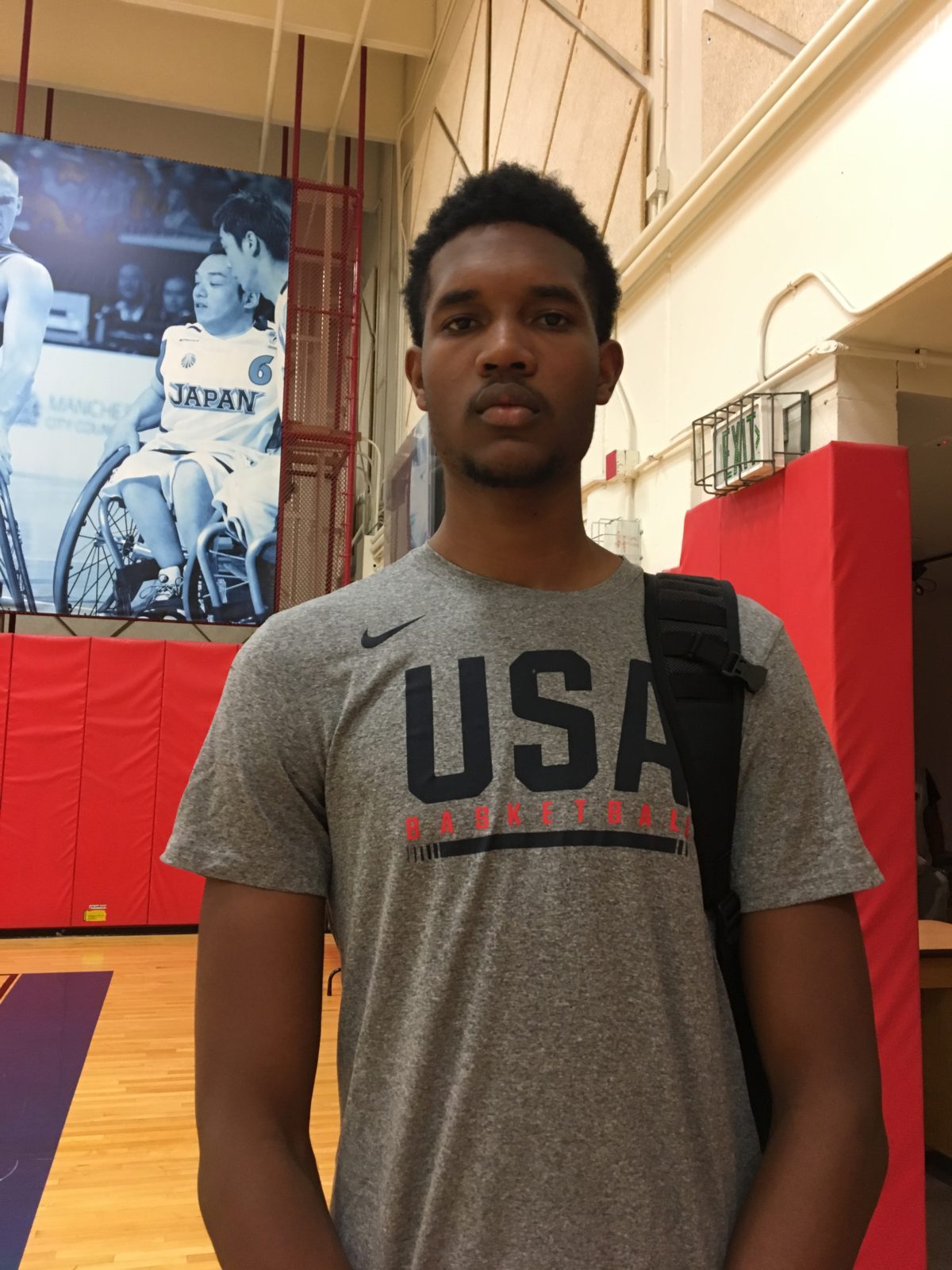 By JACOB POLACHECK COLORADO SPRINGS, Co. — Evan Mobley, the 6-foot-11 big man from Rancho Christian (CA) High School, has had a strong showing during the first few days of the Team USA U19 Training Camp. “I’ve been playing pretty well,” Mobley told ZAGSBLOG Sunday. “There are a lot of good athletes here, a lot of good players. It forces you to play as hard as you can.” Mobley, who is ranked by 247Sports as the No. 1 player in the Class of 2019, has held his own against older, more physical players such as Mississippi State’s Reggie Perry. “Everyone is great out here,” said Mobley. “They picked the best guys they could. It’s a nice environment to be around.” Mobley, who holds offers from a number of high-major programs, is largely favored to commit to USC. “I’m still keeping my recruitment open,” said Mobley. “USC is still on the list, but I’m just gonna keep it open.” Mobley’s father, Eric was hired as an assistant coach for USC last year. His brother, Isaiah, who participated in the McDonald’s All-American Game in March, will be a freshman at USC this fall. “My brother is there, my dad is the assistant coach. It’s a great program. They have a great coach.” USC had both Eric and head coach Andy Enfield in attendance for Monday’s practice. Mobley broke down the skillset he will bring to a college program: “I usually go inside-out,” he said. “I can stretch the floor, go around the bigs if they’re too slow, post-up on the smaller guys. I’m very versatile.”
Follow Jacob on Twitter Follow Adam Zagoria on Twitter And Like ZAGS on Facebook