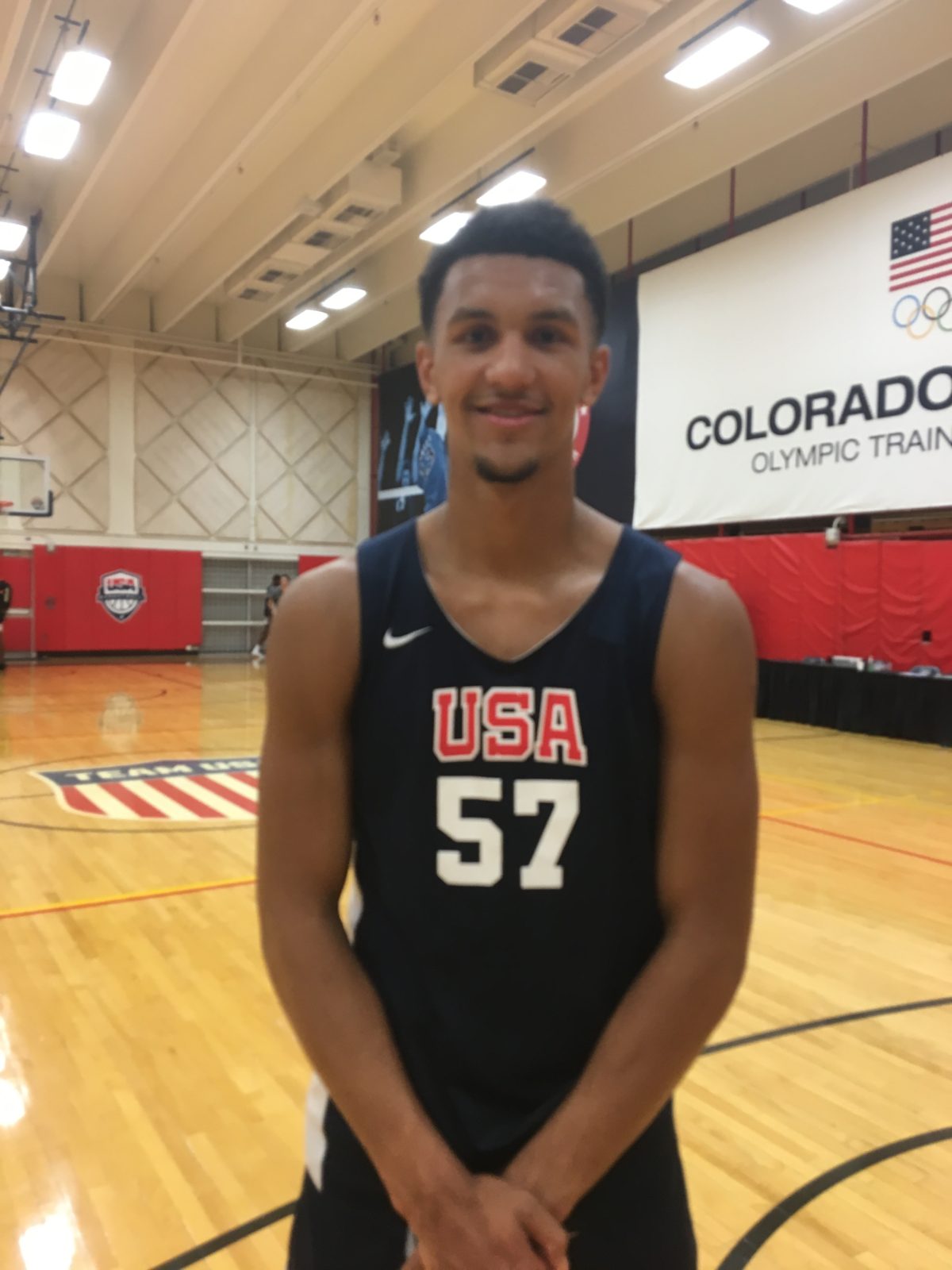 By JACOB POLACHECK COLORADO SPRINGS, Co. — Jalen Suggs, the 6-foot-5 combo guard from Minnehaha (MN) Academy, told ZAGSBLOG Monday at the Team USA U-19 Training Camp that Gonzaga, Minnesota and Marquette are the three frontrunners for his recruitment. “I would say it’s between Gonzaga, Minnesota and Marquette,” said Suggs. “I think those are the three frontrunners. Those are the three schools that I’m closest with and have some of the best relationships with.” However, Suggs isn’t quite ready to cut his list down just yet. “There are some other ones involved,” he said. “Michigan is emerging. I’ve talked to coach Juwan Howard a lot lately. Iowa and Iowa State are still in the mix. They’ve been in my recruitment, pretty much ever since my seventh grade year. So, we’ll see.” In terms of visits, Suggs is working to plan an official to Gonzaga with commits Dominick Harris and Julian Strawther. “We’re trying to find the dates for that,” he said. “Nothing set right now.” Suggs broke down Gonzaga’s pitch: “Gonzaga has just been really real from the jump,” he said. “All the coaches, coach [Mark] Few, coach [Tommy] Lloyd and coach Brian [Michaelson] have all been really genuine. All our conversations are great.” Suggs took an unofficial visit to Gonzaga earlier this year (Feb. 9). “When I went down there, I enjoyed the atmosphere and the family feel,” he said “The whole state was embracing of me. It was a place that I felt really comfortable and it felt like home.” He also talked about the role he would fill at Gonzaga. “They just told me that I can fit in the offense really well,” said Suggs. “They had one of the best offenses in the country this past year, if not the best. I think I’d fit in really well over there and they’d prepare me, whether it be one year or four out there.” Suggs, who is also a four-star dual-threat quarterback at Minnehaha Academy, is still considering playing football in college. “Right now, I’m just focusing on improving my game in both, putting myself in the best position so that when the time comes, which is coming pretty soon, I can put myself in the best position to make that decision, whether it be football or basketball,” he said. “Right now, I’m going to take it easy, finish out high school with football season and basketball and then I’ll take it from there.” Suggs hasn’t ruled out the possibility of playing both football and basketball in college. “It’s a possibility,” he said. “I’ve talked to schools about it. It’s not easy, especially with how close the seasons are and how they overlap. Then, to manage school on top of that, with two sports and school. But we’ll see. It’s definitely not ruled out.” Suggs says he is leaning towards sticking with one sport and broke down his criteria for making his decision: “I want to make the decision that is best for me and my family,” he said. “I want to make the best decision for me at the end of the day. When it comes down to it, I’m going to pick a school with the best family atmosphere, people that truly care for me, somewhere they will respect my decision wherever I go, and a place where I feel at home.” On Tuesday, Suggs was named among the 18 finalists that remain for the USA U-19 Team. Follow Jacob on Twitter Follow Adam Zagoria on Twitter And Like ZAGS on Facebook