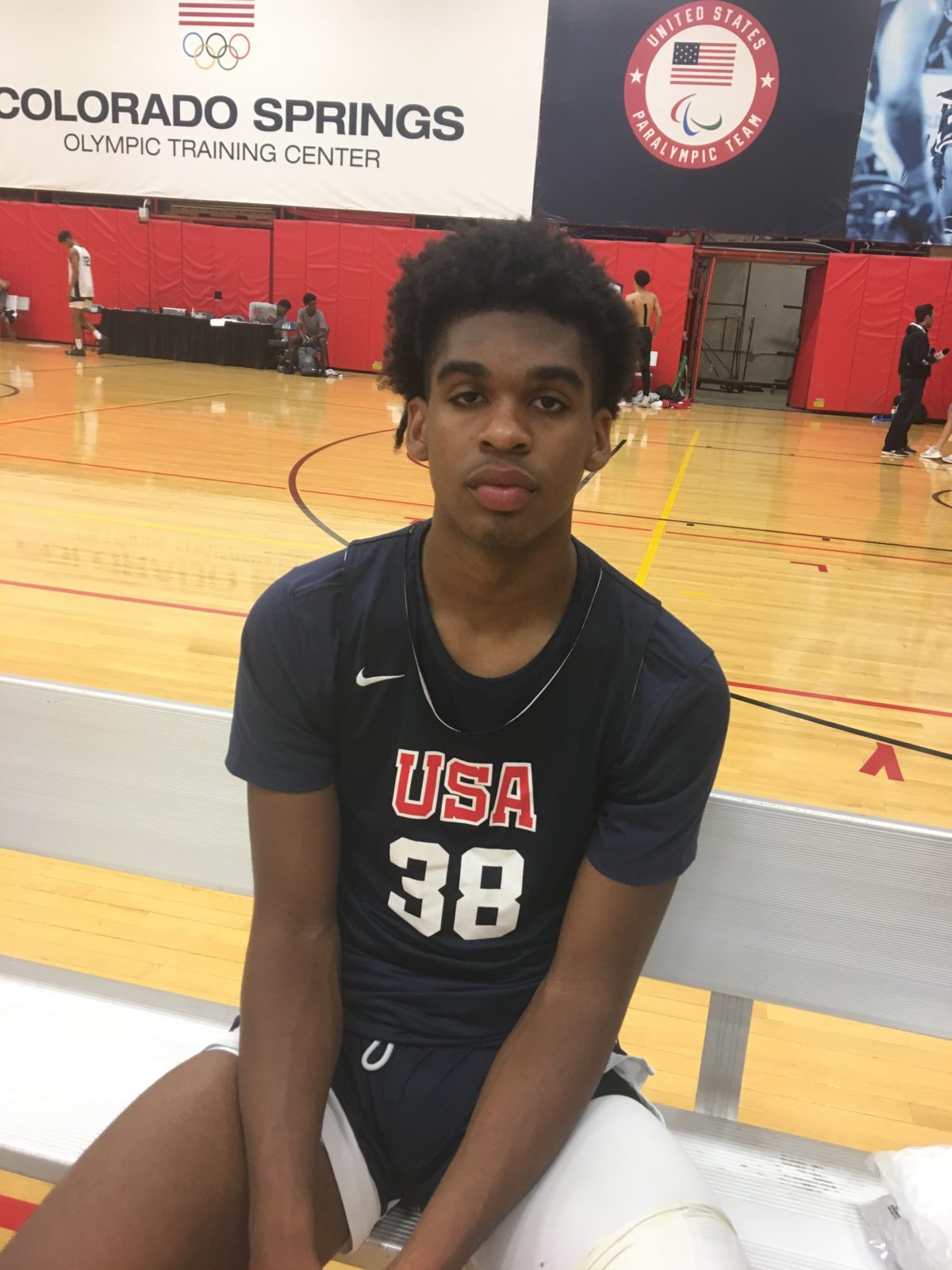 By JACOB POLACHECK COLORADO SPRINGS, Co. — Joshua Christopher, the 6-foot-5 wing from Mayfair (CA), had a strong showing during the third day of practices at the Team USA U-19 Training Camp in front of numerous college head coaches Monday. “The coaches told me that I need to be more aggressive shooting the ball, so I tried my best to do that,” Christopher told ZAGSBLOG Monday after practice. “At the same time, I’m still playing defense and trying to be versatile, so I was passing the ball, trying to get my teammates involved and make the right play.” Among the coaches in attendance to see Christopher were Kentucky head coach John Calipari and assistant Joel Justus, Arizona head coach Sean Miller, Georgetown head coach Patrick Ewing and assistant Louis Orr, Michigan head coach Juwan Howard and assistant Phil Martelli, USC head coach Andy Enfield and assistant Eric Mobley. “I talked to Arizona beforehand,” said Christopher. “Georgetown told me they were on the way to see me, Michigan, Kentucky reached out to my parents and they said they were going to be here, USC and a lot of other schools as well.” “The schools that are recruiting me the hardest are mainly the Pac-12 schools,” said Christopher. “Kentucky has started to reach out a whole lot more. I hear from them often. Missouri always reaches out. Georgetown calls as well. I started talking to Juwan Howard at Michigan a whole lot since he got the coaching job. He made his first offer to me, so I was grateful for that.” Christopher’s older brother, Caleb will be a freshman at Arizona State this fall after spending a Post-Graduate year at Hillcrest Prep in Phoenix.  Christopher also talked about his goals for the remainder of the camp, which ends on Tuesday. “Next session, I will try to be a lot more aggressive, being myself more,” he said. “I’m just looking at the bigger picture, which is trying to make the team. We’ve got one more session for the committee to watch. Hopefully I can impress them and make the team. ” In terms of his recruitment, Christopher says he is “not leaning towards or away from any school”. He plans on taking visits sometime after Peach Jam. Christopher is taking his recruitment slowly, but may be nearing a commitment. “I don’t know right now. I might make some sort of decision after Peach Jam. We’ll see. I’m just enjoying basketball right now,” he said. Follow Jacob on Twitter Follow Adam Zagoria on Twitter And Like ZAGS on Facebook