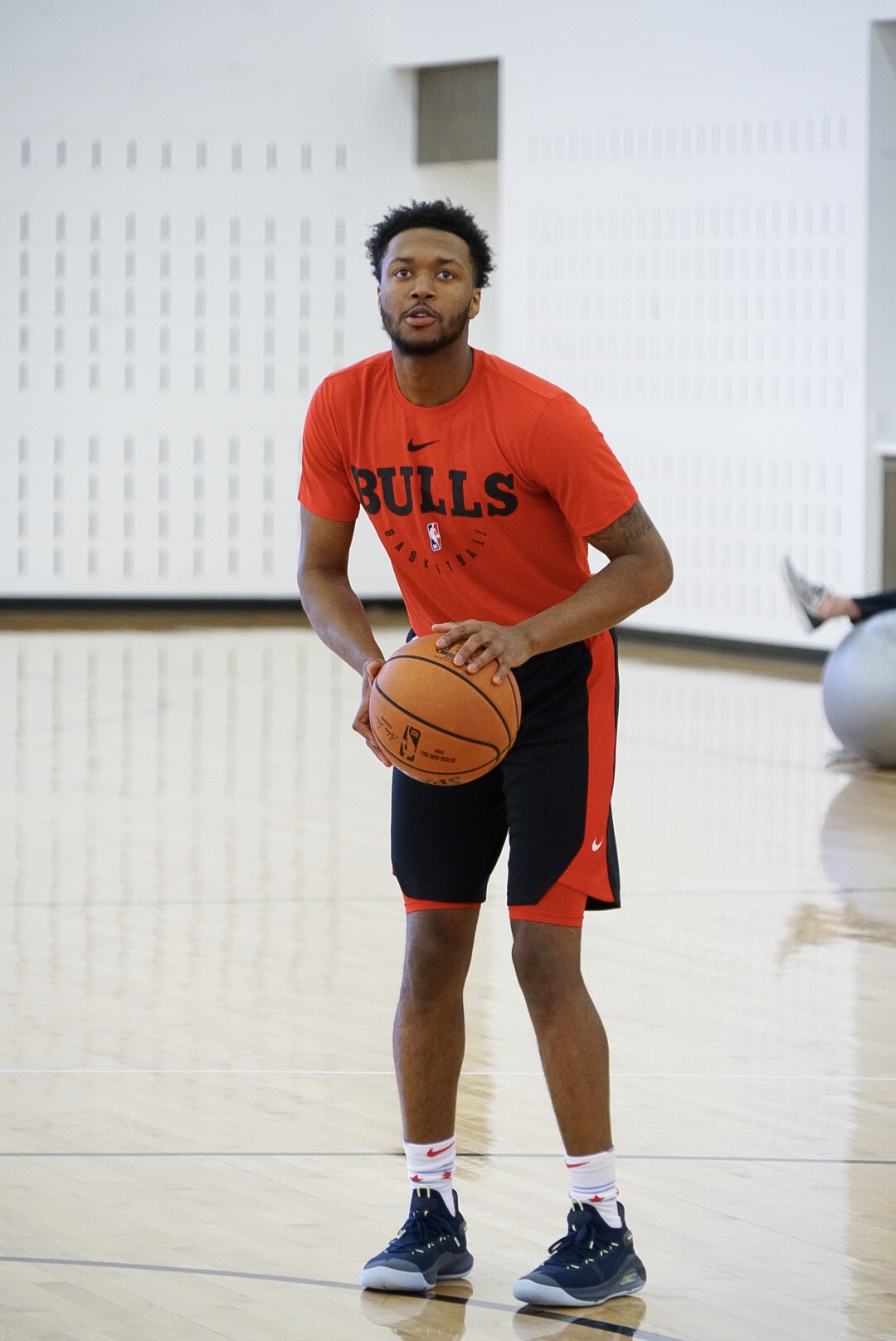 By ADAM ZAGORIA Former St. John’s guards Shamorie Ponds and Justin Simon both working out for several NBA teams ahead of the NBA Draft on June 20. Ponds worked out for the Chicago Bulls on Monday and had the Golden State Warriors on Wednesday (today). The Brooklyn native is currently projected as the No. 50 pick in the June 20 NBA Draft per ESPN.com, but he thinks he can — and should — go higher. “I think I’m late-first round,” Ponds, who measured at 5-feet-11 1/2 inches, said at the NBA Combine. “And that’s my goal, what I’m aiming for. If I go higher, then definitely.” Ponds averaged 19.7 points, 5.1 assists and 4.1 rebounds for a St. John’s team that got off to a red-hot 12-0 start. They struggled later in the season and lost in the first round of the NCAA Tournament to Arizona State in what turned out to be Chris Mullin’s last game as coach. The 6-5 Simon will work out for Charlotte (Sunday), the Suns (May 30), the Bulls (June 3) and the Clippers (June 4). He will also work out for the Nets. The Big East Defensive Player of the Year, Simon averaged 10.4 points, 5.1 rebounds, 3.2 assists and 1.5 this past season. He also participated this week in the Pro Basketball Combine in California. Meantime, head coach Mike Anderson is now targeting Northwest Florida State head coach Steve Demeo the last assistant coaching vacancy, per sources. Anderson already hired T.J. Cleveland, his nephew and former Arkansas assistant, and former Saint Louis and Rutgers assistant Van Macon. DeMeo led the Raiders to the 2015 National Junior College Athletic Association (NJCAA) Division I National Champion title and was awarded the 2015 Spalding NJCAA Division I National Coach of the Year. At the 2017 National Collegiate Athletic Association (NCAA) Final Four tournament, DeMeo received the Red Auerbach Coach of the Year award. In his tenure at NWF State College, DeMeo has gone 170-27 and coached the Raiders to the first undefeated conference season in program history, going 12-0 in conference play during the 2016-17 season. Photo: Chicago Bulls Follow Adam Zagoria on Twitter And Like ZAGS on Facebook