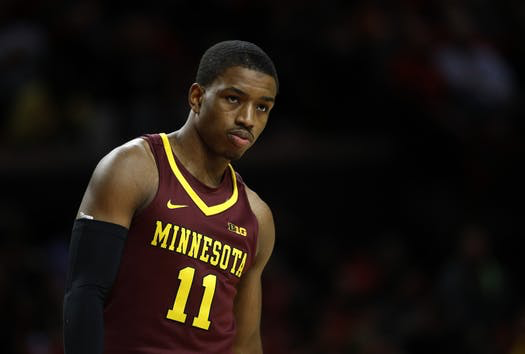 By RYAN McMULLEN Isaiah Washington, the 6-foot point guard from Minnesota, has to Iona, a source told ZAGSBLOG. The Harlem native is expected to seek a hardship waiver so he can play immediately during the 2019-20 season. Otherwise, he would have to sit one year to play two. Washington played for Richard Pitino and staff for the past two seasons. His career averages were 6.5 points and 2.5 rebounds. His most notable game came Nov. 30 in a win over Oklahoma State where he scored 15 points and dished out 4 The creator of “Jelly Fam” is known to be a smooth guard who controls the pace of the game and likes to play up-tempo, which Iona is known for. Tim Cluess has developed a strong culture in his nine years at Iona. His dominance has shown in the MAAC after making it to six NCAA tournaments in the past six years. “I think Iona is a great landing spot for Isaiah,” Saint Ray’s coach Jorge Lopez said. “It’s an opportunity for him to reinvent himself as a collegiate player. Iona’s style of play is complementary to how Isaiah approaches and plays the game. He’ll excel in Cluess’ system, and give the Gaels a great chance to get back to the tournament. A former Mr. Basketball, Iona has gotten themselves a steal.” According to 247sports, Washington was ranked as the No. 62 prospect nationally and No. 13 point guard. He originally chose the Gophers over DePaul and Georgia Tech. Follow Ryan on Twitter Follow Adam Zagoria on Twitter