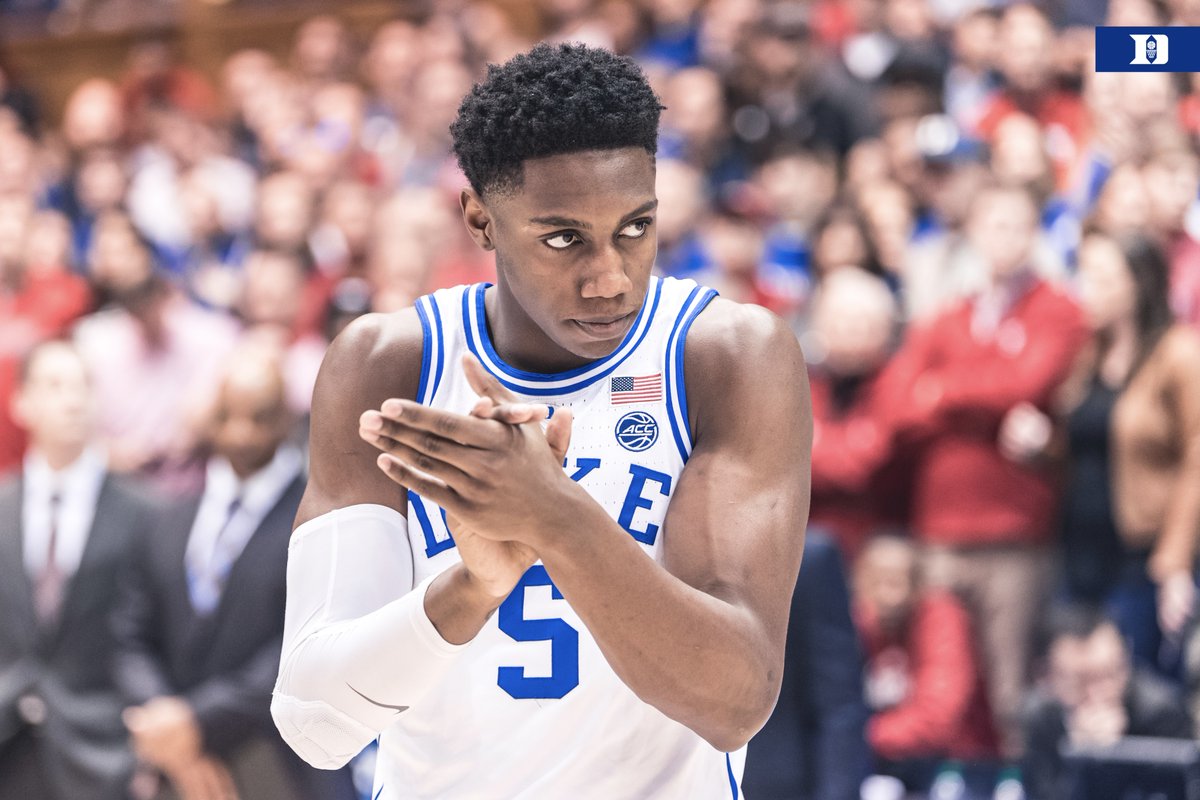 By ADAM ZAGORIA CHICAGO — Duke star R.J. Barrett is expected to meet with Knicks’ brass here in the Windy City on Wednesday, a league source said. The Knicks landed the No. 3 pick in the NBA Draft in Tuesday’s Draft Lottery and the 6-foot-7 Barrett could end up being that pick after Zion Williamson and Ja Morant. New Orleans and Memphis have the first two picks ahead of the Knicks. Though the Knicks missed out on the Zion Sweepstakes, they did beat the odds since they had nearly a 60 percent chance of picking fourth or fifth. The Knicks could use the pick as trade bait with New Orleans for Anthony Davis, which would reunite Williamson and Barrett in the Big Easy. But some think Barrett could end up being a better pro than his teammate and close friend Williamson. Barrett averaged 22.6 points, 7.6 rebounds 4.3 assists at Duke while setting an ACC freshman scoring record. “R.J. Barrett could easily be the best player in the draft,” Jalen Rose said Wednesday on ESPN’s ‘Get Up!” “If I’m the Knicks, yes I hold on to the pick.” “R.J. is one of those players,” Hall of Famer and former Knicks President and coach Isiah Thomas said before the lottery. “Not only did he show it at Duke, but he showed it in high school. He’s been one of the top-rated players in the country and also in basketball over the last four or five years so he’s not a surprise to anyone.”

For #Knicks fans the No. 3 pick in recent years has included Joel Embiid, Jaylen Brown, Jayson Tatum And Luka Doncic

In the past it’s included Penny Hardaway, Jerry Stackhouse and Carmelo pic.twitter.com/bkeOPfEaZP

Two years ago, Barrett led Montverde (FL) Academy to a perfect 35-0 record while winning every major national Player of the Year Award. The summer before his senior year, he lead Team Canada to a gold medal in the FIBA U18 World Championship in Egypt, beating a John Calipari-coached USA team in the semis. “A year ago, R.J. Barrett was considered the presumptive No. 1 pick and he’s [James] Hardenesque in his ability,” ESPN’s Jay Bilas said. “He’s got to improve his shooting but so did Michael Jordan. I’m not saying he’s Michael Jordan, but he’s got the capability of doing it. He’s a great young man, and he’s a great teammate.” ESPN draft analyst Mike Schmitz is also very high on Barrett. “The Knicks clearly wanted to get in that Zion Williamson Sweepstakes, but I think R.J. Barrett is a really nice fit there,” Schmitz said Wednesday on “Get Up!” “He’s more than just a consolation prize. This is a kid who loves the spotlight. He’s had a lot of success at the FIBA level, at Duke, I think he’s going to fit in there just fine as a star.”

The Tanking strategy didn’t pay off for these teams as @Espngreeny points out. pic.twitter.com/VuM3FihN1y

Barrett is the latest Canadian sensation to hit the NBA. Former No. 1 picks Andrew Wiggins and Anthony Bennett are both Canadian, as is two-time NBA MVP Steve Nash, who is Barrett’s Godfather. But Duke coach Mike Krzyzewski said Barrett can be the best Canadian of them all. “R.J. can be as good as anybody coming from Canada,” Coach K said during the NCAA Tournament. “R.J. should still be in high school. He reclassified. And for him to have the maturity and talent to play at this level and what he’s done, he’s scored about 800 points. And he’s been with us the whole time. He’s the one kid that hasn’t been injured.” Montverde Academy coach Kevin Boyle, who has coached five top-3 picks since 2011 including Kyrie Irving and D’Angelo Russell, believes Barrett will be a star. “R.J. will average 15-18 points year one,” Boyle said Tuesday. “And 20-22 points, 5 rebounds and 5 assists year three and be an All-Star.” Follow Adam Zagoria on Twitter And Like ZAGS on Facebook