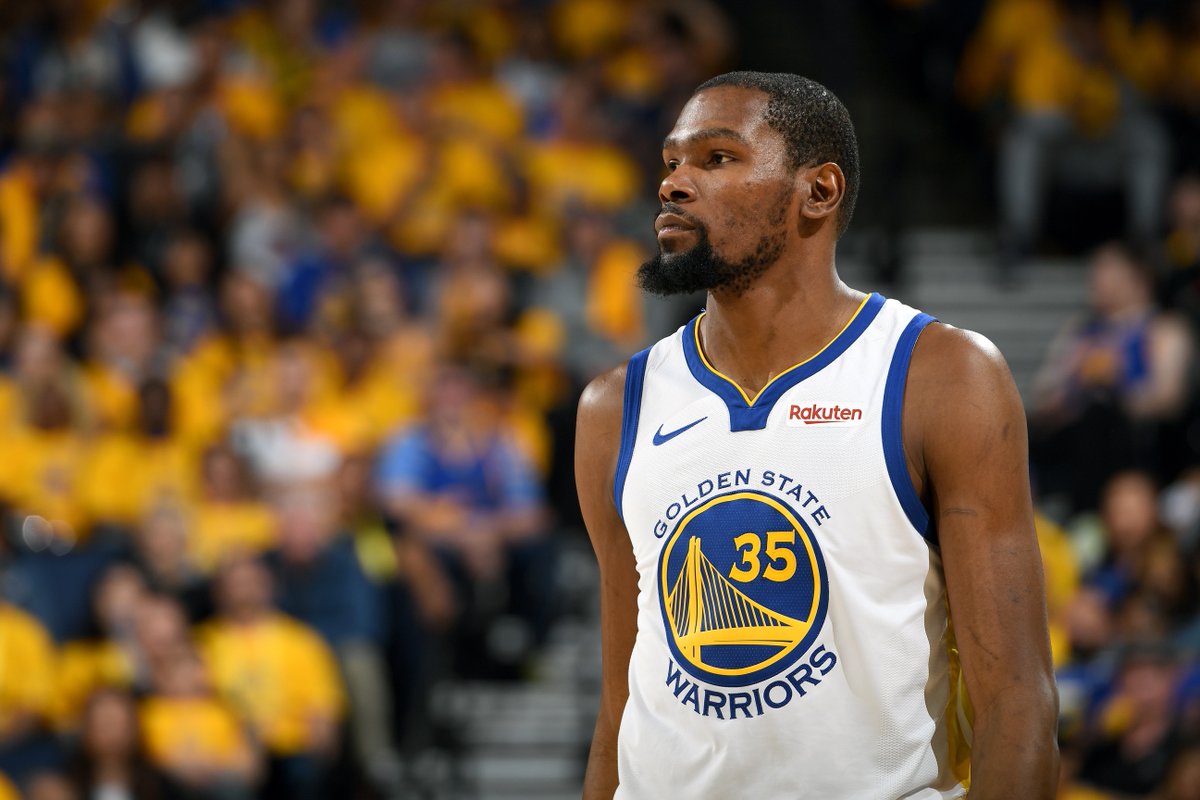 Kevin Durant will miss Game 1 of the Western Conference Finals on Tuesday night and is “unlikely” to play Game 2 Thursday, according to ESPN’s Ramona Shelburne. Even with Kevin Durant at far less than 100 percent and the Bucks rolling over the Celtics in the second round, the Warriors are still -165 favorites to win their third straight NBA title, well ahead of the Bucks at +230. According to Steve Dominey at mytopsportsbooks.com, the Raptors are a stiffer test for Milwaukee in the East finals, which begin Wednesday in Milwaukee, compared to the Blazers in the West. Toronto is indeed a better all-around team than on season-long numbers, but they are suffering from their own injuries and have become a one-man Kawhi Leonard show. Milwaukee’s depth, not to mention MVP favorite Giannis Antetokounmpo, puts them in a great position to, not only beat but give the Dubs everything they can handle in the finals. Toronto escaped with a Game 7 win over the 76ers on Sunday night only after Leonard’s last-second jumper hit the rim four times before falling through the net. “That’s a tough way to lose,” Sixers coach Brett Brown said, per the Toronto Sun. “I just knew I had to shoot it high,” Leonard said. “It was ended up a soft touch, and it went in.” Leonard scored 243 points in the Eastern Conference semifinals, the most in a single postseason series since Michael Jordan scored 246 points in the 1993 NBA Finals.