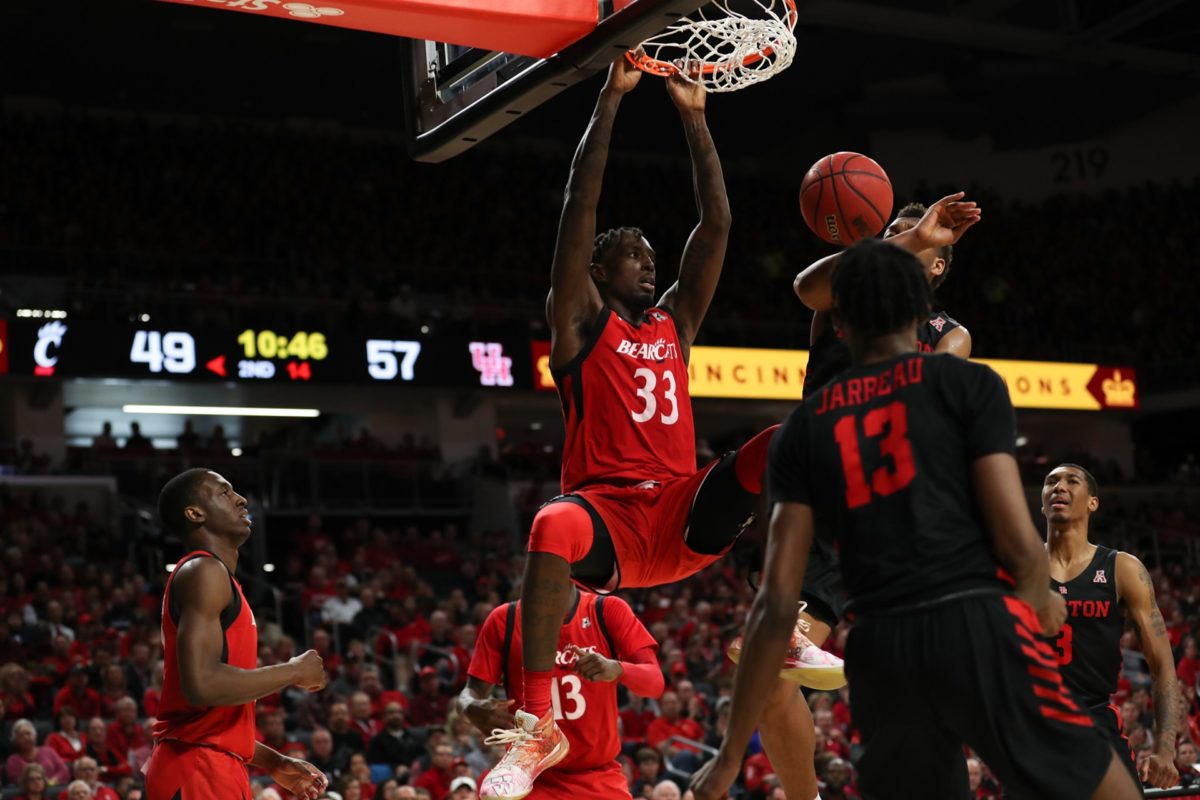 By: ROB ROSE After three seasons at Cincinnati, center Nysier Brooks announced on Twitter he will transfer to Miami. Brooks must sit out next season due to NCAA transfer regulations and has one season of eligibility remaining. “After exploring my options, I have decided to transfer to the University of Miami,” Brooks said in his Twitter statement.

The 6-foot-11 Brooks started all 35 games this season for Cincinnati and averaged 8.1 points per game and 6.3 rebounds per game. He finished third in the American Athletic Conference with 1.5 blocks per game.

“We are excited to welcome Nysier to the Hurricane family,” Miami Coach Jim Larrañaga said in a statement. “He is a skilled, physical low post player with the ability to defend at the highest level. Nysier will bring grit, Philly toughness and a wealth of experience.”

While Brooks won’t be able to play next season, Miami added another post presence with 6-foot-8 graduate transfer Keith Stone joining the Hurricanes after three years at Florida. In addition to Stone, Miami has a pair of ESPN Top-100 recruits in guards Harlond Beverly and Isaiah Wong joining the team for the 2019-20 season.

Congrats to @Harlond20 on his commitment to the University of Miami!! ?? #Canes pic.twitter.com/fJZjKUP8AV