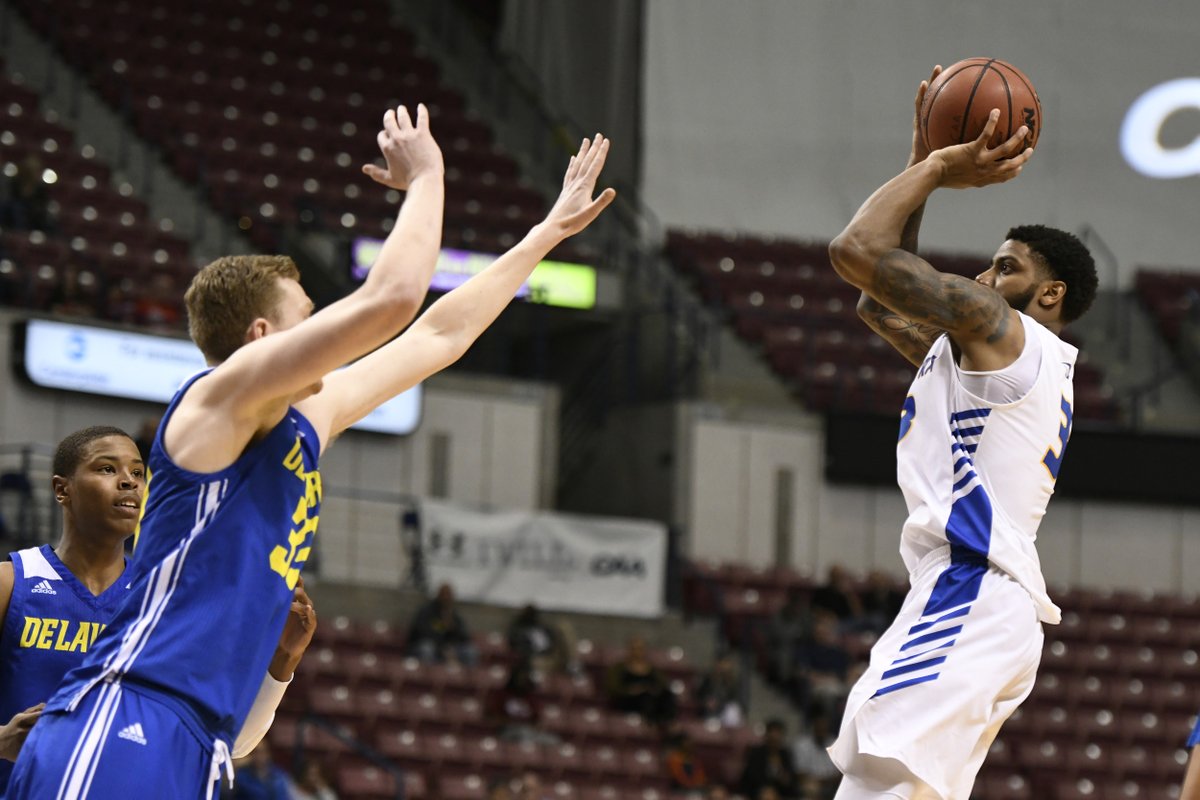 By ADAM ZAGORIA Justin Wright-Foreman went for a CAA Tournament-record 42 points to lead Hofstra to within one game of its first NCAA Tournament appearance since 2001. Wright Foreman scored 42 on 15-of-30 shooting along with 5 rebounds and 3 assists as the top-seeded Pride fended off No. 5 Delaware, 78-74 in overtime, in the CAA semifinals in Charleston, S.C.. Hofstra (27-6) will play No. 2 Northeastern — a 70-67 winner over host Charleston — in the CAA championship game Tuesday night (7 p.m., CBS Sports Network). “My team just needed points and I just wanted to do whatever my team needed me to do get points,” Wright-Foreman told Gary Parrish of CBSSports Network. “My teammates kept me going, coaches kept running stuf for me so it’s just a blessing.” Former Cardozo guard Tareq Coburn added 13 points and 4 rebounds and Eli Pemberton had 11 points and 6 rebounds. Jalen Ray hit two foul shots to put Hofstra 76-74  up with 14 seconds left. Former St. Anthony’s and Roselle Catholic guard Ithiel Horton had 21 points, 5 rebounds and 4 assists for Delaware. Fellow New Jersey guy Eric Carter had 12 points, 5 rebounds and 2 assists. With Delaware looking to tie or win the game, Kevin Anderson (17 points, 6 rebounds, 4 steals) stepped on the baseline in the final seconds and turned it over. Ray then made two more free throws with 7.6 seconds left for a 78-74 left. Jay Wright was the Hofstra coach the last time they made the Big Dance. As for playing for the school’s first NCAA Tournament bid in 18 years, Wright-Foreman said, “I wish we could play right now. I’m lying, we tired. But we haven’t been there since 2001 so we’re pretty anxious to play.”