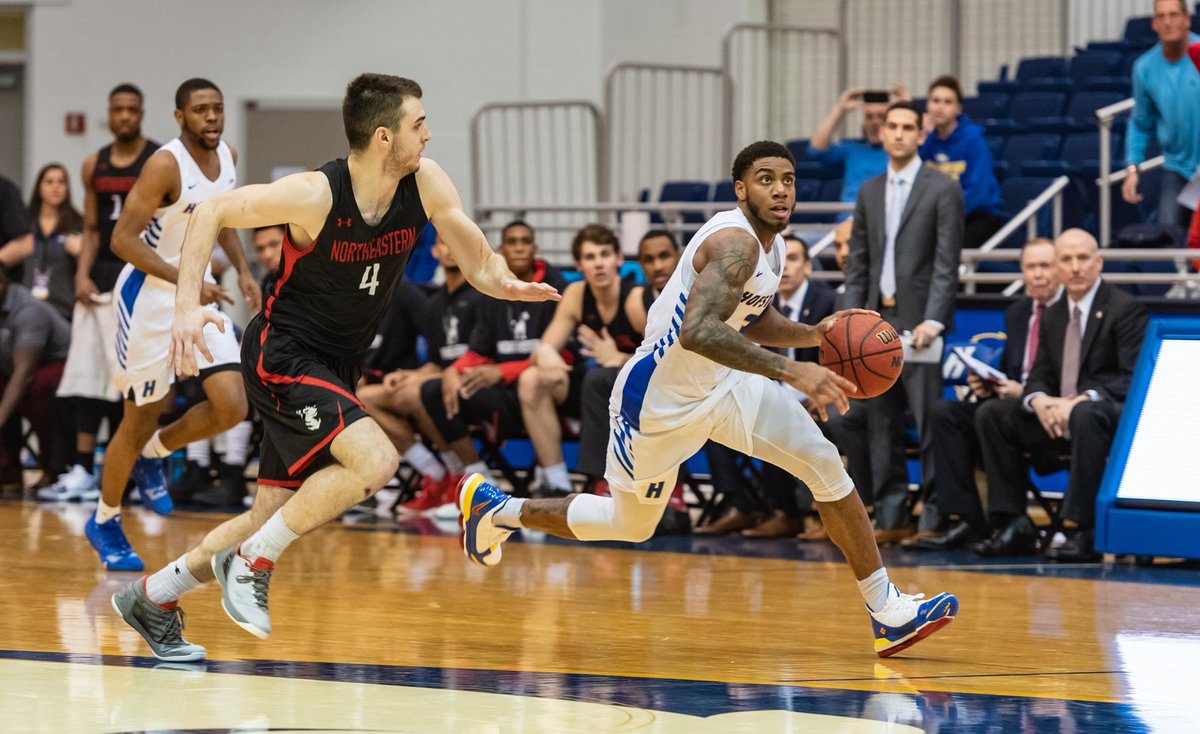 Justin Wright-Foreman’s went for a career-high 42 poins, including a 34-foot three-pointer at the buzzer to give Hofstra a 75-72 victory over Northeastern Saturday evening. Hofstra extended its win streak to 10 games and improved to 13-3 overall and 3-0 in the Colonial Athletic Association. Northeastern, the CAA preseason favorite, slipped to 7-8 on the season and 1-2 in league action. The 6-foot-2 Wright-Foreman shot 15-of-30 from the field and was 8-9 from the line. He also added a season-high tying seven rebounds, which tied for the team lead. The Spurs, Timberwolves, Celtics, Wizards, Nets, Kings and Clippers have been through Hofstra to watch him this season. “They love his scoring abiilty and how he has improved as a playmaker,” Hofstra assistant Mike Farrelly told ZAGSBLOG. “He’s one of the best in the country at making plays off ball screens.” Photo: Lee S. Weissman/Lee S. Weissman
Follow Adam Zagoria on Twitter
And Like ZAGS on Facebook