Are Seton Hall and St. John's headed for a first-round matchup in the Big East Tournament? | Zagsblog
Follow @adamzagoria

Are Seton Hall and St. John’s headed for a first-round matchup in the Big East Tournament? 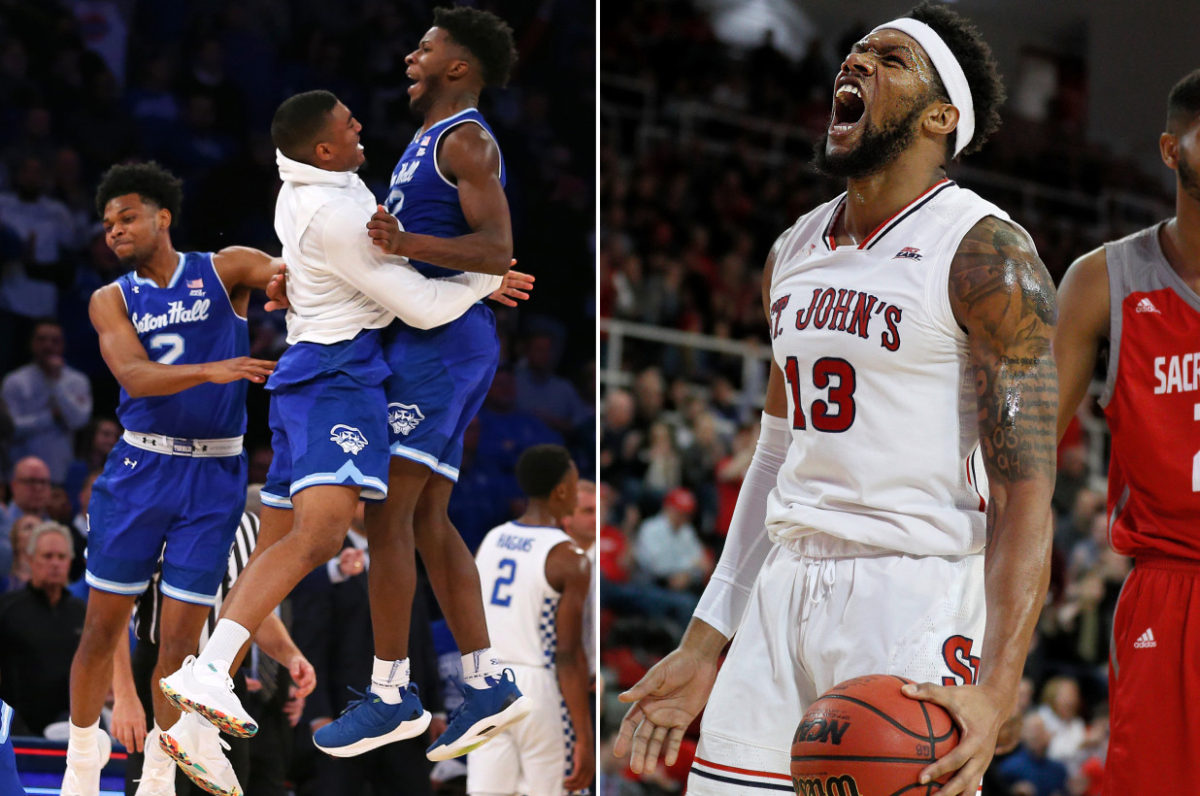 By ADAM ZAGORIA Are Seton Hall and St. John’s headed for a first-round matchup in the Big East Tournament? If the annual Garden party began today, they would meet up in the quarterfinals at 2:30 p.m. on March 14. The winner would likely get No. 1 seed Marquette in the semifinals on March 15.

St. John’s could’ve solidified possession of third place in the conference behind Marquette and Villanova with a home win over Xavier on Thursday night. Instead, they let Atlantic City native Naji Marshall go off for a career-high 31 points and Xavier won it’s fifth straight, 84-73. Coach Travis Steele’s club is now the No .3 seed. St. John’s (20-9, 8-8) closes out the season with two road games — at DePaul on Sunday and at Xavier March 9. Mustapha Heron (tendonitis) is expected back for the DePaul game after sitting out the Xavier game. Photos: NY Post/ Getty Follow Adam Zagoria on Twitter And Like ZAGS on Facebook

Georgetown beats Seton Hall in double-OT, moves to No. 4 seed in Big East