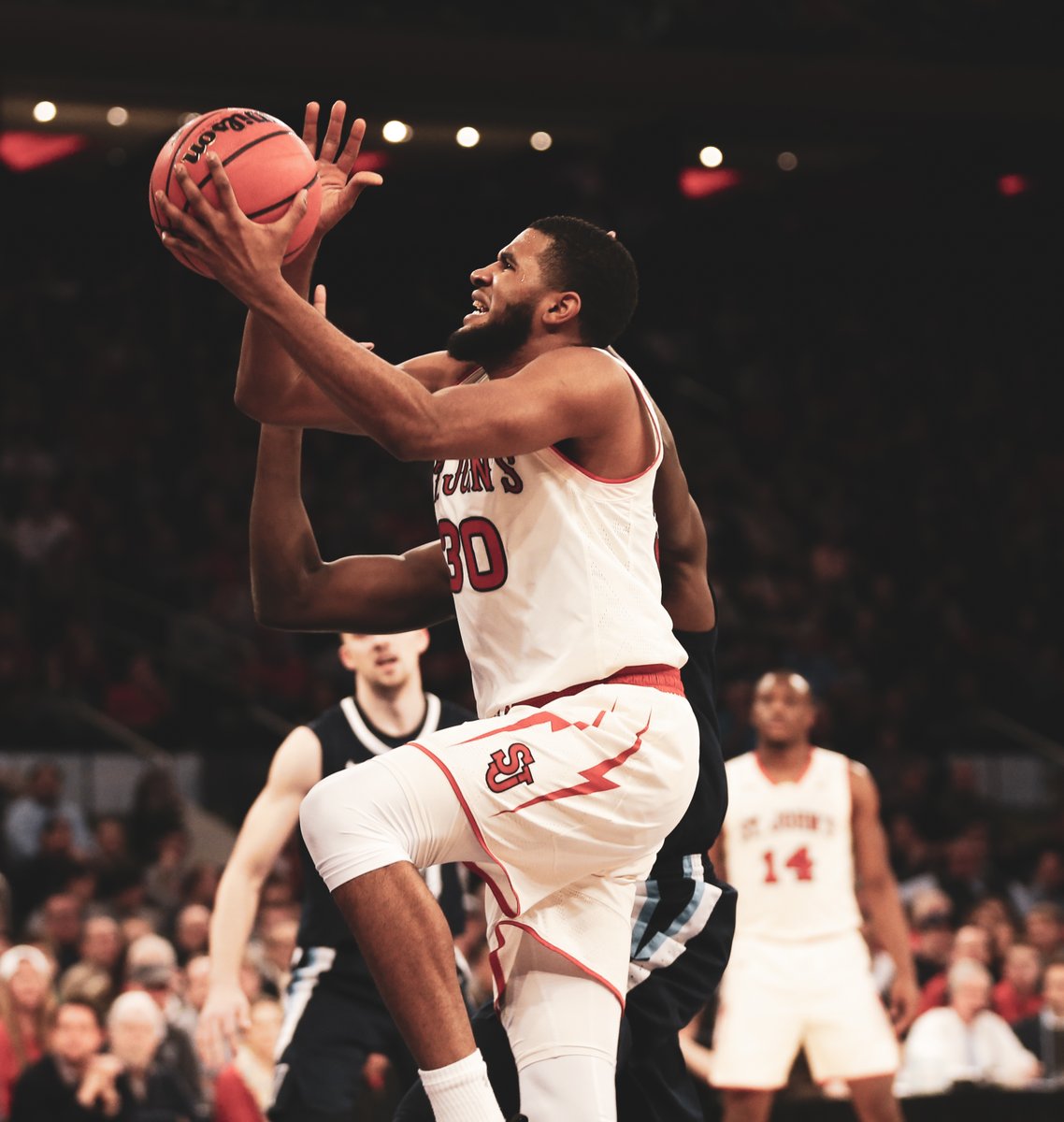 By: MIKE McCURRY By rallying from a 19-point deficit to take down No. 13 Villanova, 71-65, on Sunday at Madison Square Garden, St. John’s unofficially punched its ticket to the NCAA Tournament for the first time in the Chris Mullin era. “That would clinch it,” ESPN bracketologist Joe Lunardi told ZAGSBLOG entering the weekend in reference to a bid to the Big Dance for the Red Storm (19-7, 7-6 Big East), who improved to 5-4 in Quadrant 1 games this season by defeating Villanova at home for the first time since January 2002—Jay Wright’s first season at the helm. L.J. Figueroa dropped 24 points and 12 rebounds, including three big three-pointers down the stretch, while Mustapha Heron chipped in with 17 points. St. John’s pulled into a tie with Seton Hall for third place in the Big East. “We’re not complacent,” Heron said. “It’s good that we beat the defending national champions, but we still have the rest of Big East play. Then we have a Big East Tournament. So getting to the NCAA Tournament is third on our list. We’re worried about Providence and every game after that.”

St. John’s pulled off the upset despite a quiet game from Shamorie Ponds, who finished with just 11 points on 2-of-13 shooting after averaging 20.5 points per game. The Red Storm also had to overcome a lifeless start, finding themselves trailing by as many as 19 points a mere 11 minutes into the game. They accomplished that by hitting timely long-range shots—St. John’s made eight of its final 13 three-pointers after starting 0-of-9 from behind the arc—and by clamping down on the defensive end, holding Villanova’s perimeter trio of Phil Booth, Eric Paschall, and Collin Gillespie to a combined 5-of-30 (17%) from the field. Justin Simon’s 70-footer to beat the halftime buzzer didn’t hurt, either. “I believe that shot had a lot to do with it, a little momentum,” Mullin said on the FOX broadcast afterward.   SETON HALL HELPS NCAA CASE Seton Hall helped its own NCAA Tournament case with an 81-75 road win at Creighton earlier Sunday. The Pirates, who trailed by six with 4:33 remaining, ended the game on a 14-2 run to complete the season sweep of the Bluejays. Myles Cale had 20 in the win. Myles Powell added 19, including this cold stepback three to break a tie with under a minute remaining.

“I think Seton Hall has improved their credentials and right now I have them in the Last Four in the Tournament,” Howie Schwab of FOX said on air, pointing out that the Pirates also have a neutral-court win over Kentucky and a road win at Maryland. Photo: @StJohnsBBall Follow Mike on Twitter Follow Adam Zagoria on Twitter And like ZAGS on Facebook