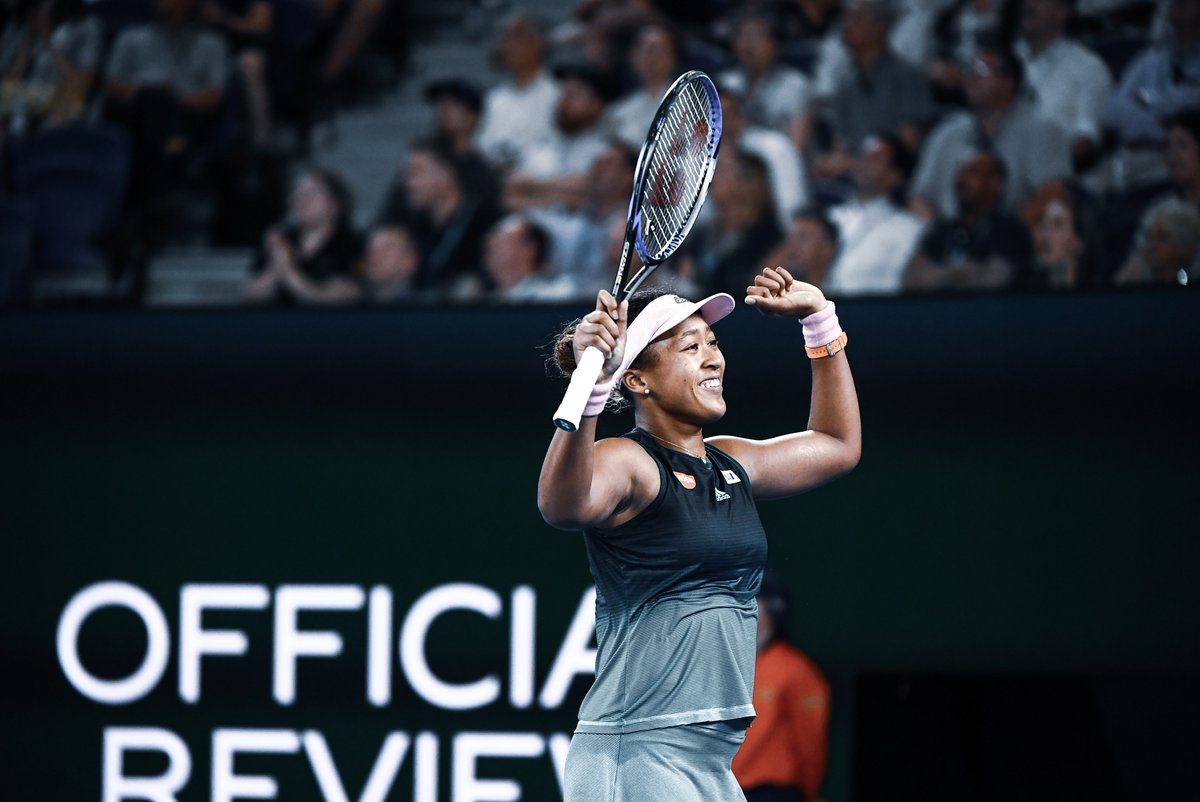 By HOWARD FENDRICH MELBOURNE, Australia (AP) — Naomi Osaka never made it past the fourth round at any of the first 10 Grand Slam tournaments of her career. Now, still just 21, she’s suddenly on the verge of a second consecutive major championship. And the No. 1 ranking, too. Osaka moved one victory away from adding the Australian Open trophy to the one she collected 4½ months ago at the U.S. Open, using her smooth power to produce 15 aces and groundstroke winners at will while beating Karolina Pliskova of the Czech Republic 6-2, 4-6, 6-4 in the semifinals Thursday. “I just told myself to regroup in the third set and just try as hard as I can,” said Osaka, who saved four break points in the last set and finished the match with an ace at 115 mph (185 kph). “I was so scared serving second serves. I was like, ‘Oh, my God. Please!” Osaka said. “Somehow, I made it. I guess that’s experience.”

#AusOpen title isn’t the only thing on the line.

Whoever wins the final will be the new world No.1 pic.twitter.com/5bKrBPIRxG — #AusOpen (@AustralianOpen) January 24, 2019

A day after erasing four match points and a 5-1 deficit in the third set to stun Serena Williams in the quarterfinals, Pliskova could not produce the same kind of comeback. Instead it is Osaka, the only Japanese woman to win a major singles title, who will face two-time Wimbledon champion Petra Kvitova on Saturday. The winner will rise to the top of the WTA rankings for the first time; Osaka is currently No. 4, Kvitova is No. 6. Osaka’s fourth-round finish at Melbourne Park a year ago was her best showing at a major until last year’s U.S. Open, where she outplayed Williams in the final. A victory over Kvitova would make Osaka the first woman to win two Slams in a row since Williams claimed four straight across the 2014-15 seasons. Two years ago, Kvitova missed the Australian Open, just weeks after her left hand was stabbed by an intruder at her home in the Czech Republic. Back at her best during what she calls her “second career,” Kvitova surged to a 7-6 (2), 6-0 victory against 35th-ranked American Danielle Collins after Rod Laver Arena’s retractable roof was closed as the temperature soared toward 105 degrees (40 Celsius). Kvitova reached her first major final since the December 2016 knife attack that led to hours of surgery on the hand she holds her racket with — and first since winning Wimbledon for the second time in 2014. “I didn’t know even if I (was) going to play tennis again,” Kvitova said. “It’s been a long journey.”

Against Collins, a two-time NCAA champion at the University of Virginia who was 0-5 at Slams until this one, Kvitova was more aggressive throughout, mixing big lefty forehands and well-timed pushes forward to the tune of a 30-9 edge in total winners. But the key to the outcome might very well have been what happened at 4-all after 35 minutes of action: That’s when the decision finally was made to close the 15,000-seat stadium’s cover, drawing cheers of approval from broiling spectators. Kvitova probably wanted to applaud, too. “I was happier than the fans that the roof closed,” she said afterward. “I like to play indoors. It helped me a little bit.” She’s made clear over the years she is not a huge fan of playing in stifling heat. Not too many people truly are, of course, but Collins is OK with it and thought the roof should have stayed open. “I grew up in Florida and am used to it being really hot all the time. So I kind of embrace that very well,” Collins said. “Indoor tennis is a different game. Certainly had its effect.” When play resumed after a five-minute delay, it went from being completely even to tilted in Kvitova’s favor. She dominated the tiebreaker and the second set to stretch her winning streak to 11 matches. Osaka, meanwhile, extended her Slam run to 13 matches while putting a stop to Pliskova’s 10-0 start to the season. Osaka accumulated a 56-20 advantage in winners — and held on when it all could have slipped away. She began the day having won 58 matches in a row after taking the first set, but that seemed in danger when Pliskova broke to end the second and had three break points to go up 2-0 in the third. But Osaka steeled herself there, erasing the first break chance with a huge forehand, the second with a down-the-line backhand winner. On the third, another terrific backhand forced a forehand error into the net by Pliskova, who cracked her racket against the blue court. When Pliskova netted a return of an 83 mph (133 kph) second serve to make it 1-all, Osaka tugged at the brim of her pink visor and let out a big exhale. The match would continue for another 28 minutes, but it basically was done, then and there. That stretch began a nine-point, three-game run for Osaka, and she was on her way. She would face one last break point at 4-3, but saved it with a 108 mph (174 kph) ace.
Follow Adam Zagoria on Twitter