Jaden McDaniels is the new No. 1 in ESPN's 2020 Mock Draft, followed by Anthony Edwards, James Wiseman; LaMelo Ball slots in at No. 33 | Zagsblog
Follow @adamzagoria

Jaden McDaniels is the new No. 1 in ESPN’s 2020 Mock Draft, followed by Anthony Edwards, James Wiseman; LaMelo Ball slots in at No. 33 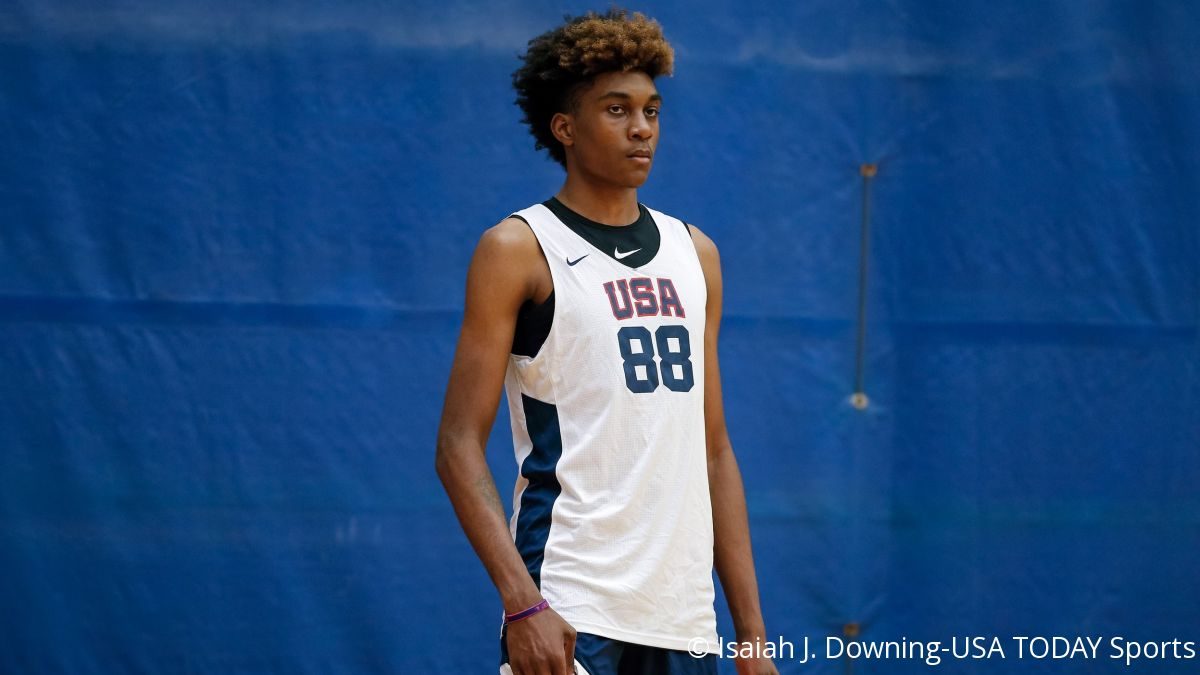 By ADAM ZAGORIA After covering the Hoophall Classic this past weekend, ESPN’s Jonathan Givony has updated his 2020 NBA Mock Draft. Jaden McDaniels, the 6-foot-11 uncommitted big man from Federal Way (WA), is the new No. 1 projected pick, with 6-4 Holy Spirit Prep guard Anthony Edwards at No. 2 and Memphis-bound 7-footer James Wiseman at No. 3. Wiseman had been No. 1 in the previous mock. “It was impossible not to come away impressed with the talent that [McDaniels] displayed even on a cold shooting day,” Givony wrote. “The 6-foot-11 forward has elite-level fluidity, body control, footwork, mobility and coordination, giving him the highest upside of any player in the class in our estimation. He has real guard skills despite playing center for his high school team and the ability to create his own shot with incredible ease thanks to his polished ballhandling and propensity for playing at different speeds. He’s also a willing and unselfish passer with a high basketball IQ, and he should become a good shooter in time.” McDaniels is considering Washington, Kentucky, San Diego State and Texas among his college options and plans to commit later this spring. Several New York/New Jersey players contine to figure highly in the mock, with Florida-bound wing Scottie Lewis, who had a brilliant game defensively against McDaniels and offensively with 26 points in a win over Federal Way on Monday, slotting in at No. 4.

His Ranney teammate, Villanova-bound shooting guard Bryan Antoine, is projected at No. 10 Cole Anthony, the uncommitted point guard from Oak Hill Academy (VA) who is considering North Carolina, Notre Dame, Oregon, Georgetown, Miami and Wake Forest, slid to No. 6 from No. 2. New Washington commit Isaiah Stewart of Rochester, N.Y. and La Lumiere is now at No. 8, while Kentucky-bound wing Kahlil Whitney of Roselle (N.J.) Catholic slots in at No. 11. In addition to the five New York/New Jersey players mentioned above, Oregon freshman and Hudson (N.J.) Catholic product Louis King, is projected at No. 25. LaMelo Ball, who is playing at SPIRE (Ohio) Institute, enters the mock at No. 33. He could opt sit out and train next year or enter the NBA G League before entering the 2020 Draft. ESPN’s Mike Schmitz saw Ball and SPIRE on Monday in Dayton, Ohio and came away with mixed impressions, praising Ball’s offense while calling his defense a “minus.” “If Ball were eligible to go to college next year and had taken a similar path as Lonzo, it would be much easier to slot him in as a sure 2020 first-rounder,” Schmitz wrote. “He’s close to 6-7 with elite all-around basketball instincts, shotmaking potential and an impressive level of confidence for a 17-year-old. With that said, it remains to be seen where he’ll end up during his draft-eligible season and whether it will be advantageous for his development. According to his camp, the G League path is certainly an option. While talented, it will be up to NBA scouts and executives to weigh his clear talent against what some teams might fear can come along with investing in the Big Baller Brand. KENTUCKY LEADS WITH FOUR PICKS **Kentucky leads the 2020 mock with four projected picks: No. 11 Whitney, No. 18 Tyler Herro, No. 20 Ashton Hagans and No. 21 Tyrese Maxey. Nick Richards fell out of the mock. **Arizona has two in incoming freshman Josh Green at No. 9 and Nico Mannion at No. 17. **Duke has two in incoming frosh Wendell Moore at No. 23 and Vernon Carey at 24. **Michigan has two in No. 19 Jordan Poole and No. 38 Ignas Brazdeikis. **Kansas has two in No. 22 Devon Dotson and No. 53 Udoka Azubuike. **UCLA has two in No. 45 Kris Wilkes and No. 50 Chris Smith. **Oregon has two in No. 25 King and No. 51 Kenny Wooten. **There are also several Canadians on the mock with South Carolina’s A.J. Lawson at No. 26, Michigan’s Brazdeikis at No. 38, Iowa State’s Lindell Wigginton at No. 54 Follow Adam Zagoria on Twitter And Like ZAGS on Facebook